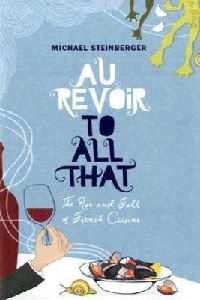 Hour 2
Do French children still grow up knowing how to make the family mayonnaise? Does a young French person know the difference of a good and bad baguette? Is the Michelin Guide still relevant? Our guest, American Michael Steinberger, has had a long personal and professional relationship with France and French food and sees a national decline in interest in keeping up its culinary heritage. He sees more foodies going to other countries and their own backyards for gastronomic inspiration. We’ll talk with Slate’s long-time wine columnist about his observations of France’s food crisis and why the past few decades’ economic and political forces have influenced the change in attention to tradition. Michael Steinberger’s new book is called, Au Revoir To All That: Food, Wine, and the End of France.
Listen to the mp3

Philadelphia’s Department of Parks & Recreation will offer free “school’s out” meals to students in need while class is out of session.

On food: family, community and history

Ahead of Thanksgiving, we talk with a three cooks about food, cooking and eating and how it connects us to family, community and history.