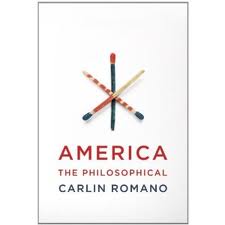 According to the 19th century French intellectual Alexis de Toqueville, “in no other country in the civilized world is less attention paid to philosophy than in the United States.” That’s not true today, says our guest CARLIN ROMANO, author of a new book titled “America the Philosophical.” He argues that what we have is a different kind of philosophy — one that is pragmatic, aimed not at locating absolute truth but at confronting real-world problems and real-world solutions.   Romano, literary critic for the The Philadelphia Inquirer for 25 years and professor of Philosophy and Humanities at Ursinus College, sees philosophers throughout the country — on television, on the internet, among women, African Americans, gays and others — not just in the hallowed halls of academia.  He joins us in the studio to give us all a lesson on American philosophy.