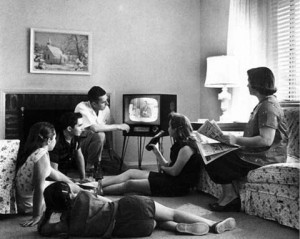 The fall TV season is in full swing with new shows premiering and old favorites returning.  There’s “Boardwalk Empire,” “The Event,” “Hawaii Five-O,” “Terriers,” “Blue Bloods,” “Mike and Molly,” “$h*! My Dad Says,” “Glee,” “Modern Family,” “The Big Bang Theory,” “and “The Good Wife.”   So are there any must-sees this fall?  TV critic DAVID BIANCULLI of TVWorthWatching.com fills us in on the new season and on what to watch and what to avoid.  Then, we’ll look at the future of television and the gaining popularity of internet connected TVs with media technology analyst JAMES MCQUIVEY.

Twitter says co-founder Jack Dorsey will step down as CEO of the social media platform.

Trouble understanding, but your hearing checks out fine. What’s at play?

Researchers are strategizing ways to discover whether auditory processing disorders are at play.

How Buy Nothing takes giving and receiving to a different, more neighborly level

Online Buy Nothing groups grow more popular by the day. Members say the gift-economy has brought them closer than ever before.