The week-long Philly Music Fest ends Saturday at Underground Arts, where four bands will take the stage from 8 p.m. to midnight.

Since 2017, the festival’s hosted more than 100 artists across various venues in Philadelphia to raise money for local music education programs.

Marisa Dabice is in Mannequin Pussy, who will be closing out the festival with their headlining set. 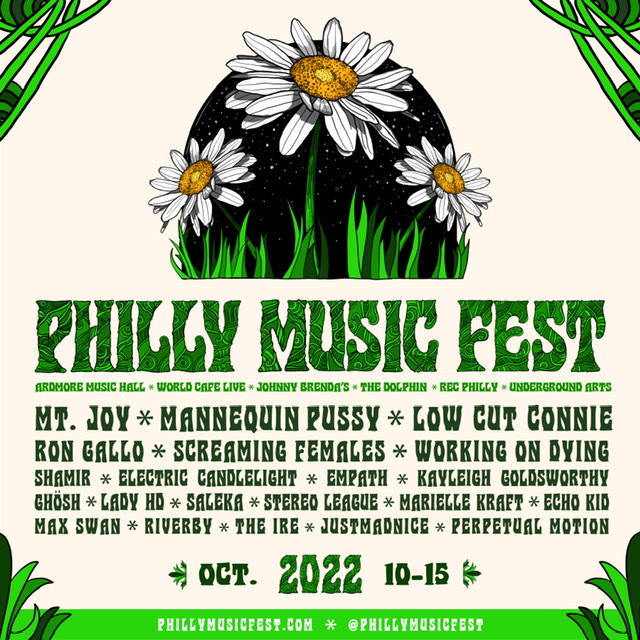 #PrayForPhillyChallenge: How one beat creates connections

Rapper ARSIN explains the start of the #PrayForPhillyChallenge, and how he’s hoping to connect Philly teens to resources.

When discussing her band’s upcoming performance, she says she doesn’t know of any other festival like this that not only raises money for a good cause, but features so much Philly talent.

“You would be very hard pressed to find any pocket of the music industry where someone is not trying to like secure, you know, a bag for themselves,” Dabice said. “And using Philly Music Festival as an opportunity to really give back to ultimately will be like the next generation of Philadelphia musicians, I think is a really special and important mission.”

The band’s name was been the butt of jokes over the years, but that hasn’t stopped them from achieving success in the music industry including landing on best of lists in previous years and getting signed by Epitaph Records, who have released albums by bands including Bad Religion, Alkaline Trio, and Weezer.

“I think just like a little bit more open minded and humorous about the way that we can play with language and the way that we can reclaim words that have had these different historical context that are very often used to demean and insult people,” Dabice said. “Anything that’s attached in this kind of moralistic way to the feminine and then is used in as a way to insult, I think there’s a lot of power there to kind of reclaim and put into a different context.”

Still popular after 125 years, Dracula proves to be undead in Philadelphia

The Mutter Museum and the Rosenbach Library and Museum collaborate on the anniversary of Bram Stoker’s undead creation.

Last year, the band’s music was featured in the HBO series Mare of Easttown, for which their songs were rerecorded and performed by the character Siobhan Sheehan’s band. When reflecting on that experience, Dabice said it made her notice that the band is beginning to connect with a younger audience.

“I think the younger generation is angrier than millennials on a whole, which is a positive thing, Dabice said. “They have every reason to be angry and it’s nice to have another generation to kind of be like, ‘Okay, yeah, you guys are seeing all these things that don’t make sense too?’ Great.”

On Saturday, the band will be joined by Empath, Riverby, and justmadnice at Underground Arts. The show starts at 8:30 p.m. As of Wednesday, 45 tickets were remaining for the show.

To round out the week, shows will also be taking place at Johnny Brenda’s on Thursday, and The Dolphin and Rec Philly on Friday.

“Philly Music Fest has become kind of a celebration of the bands that are on the lineup and the fans that come out,” Festival co-founder Greg Seltzer said. “I think in the back of people’s mind, they’re also happy about contributing to a mission that’s a nonprofit festival that’s going to donate money at the end of the day after getting the artists paid well and the venues paid.”

The festival will donate $100,000 dollars this year to local efforts.

Philly Pops to cease operations at end of 2022-23 season

The Philly Pops has announced that it will cease operations at the end of the 2022-2023 season.

Not your grandmother’s bharatanatyam: Indian dance tradition gets modern update in ‘Philadholphia’