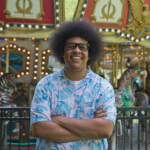 Thousands welcomed the “Year of the Rabbit” this weekend during Lunar New Year celebrations in Philadelphia’s Chinatown.

The streets were packed Sunday with families celebrating the occasion, with fireworks and dancing lions to complete the scene that started at the corner of 10th and Spring St..

A gunman killed 10 people and wounded 10 others at a Los Angeles-area ballroom dance club following a Lunar New Year celebration.

Volunteer Alex Wong grew up in the Chinatown neighborhood and helped organize the event with the Philadelphia Suns, a non-profit organization focusing on youth development within the city. He said it was important to him to return to his childhood home for the holiday.

“I’ve basically known these people for all my life,” Wong said. “You know, we play basketball together, do stupid stuff together, and I feel like just the community in the burbs, you just don’t get the same feeling. So coming back here, I always feel like some kind of nostalgia.”

The Lunar New Year is a great way to celebrate new beginnings, said Joe Lowe, an advisor for the Suns.

“Just sweep everything the year before away and hope for a happy New Year and fortune and everything like that,” he said.

A majority of business owners in Chinatown have signed a petition formally opposing the project, which would sit feet from the neighborhood.

This year’s holiday comes during a time where anti-Asian hate is rising in the U.S., and in the shadow of a shooting near Los Angeles where ten people were killed after a Lunar New Years festival Saturday evening.

Lowe, who was also born and raised in Chinatown, said he was shaken by the violence when he saw it on the news this morning.

“Your Asian communities are probably the most well-behaved communities around,” Lowe said. “So why? That’s the biggest question. Why? And I can’t answer that. It’s a major concern and how do you stop it? I don’t know. I think it’s you’ve got a bunch of ignorant people that just don’t appreciate, I guess, good people.”

This year’s festivities also come amid continued disagreements over ‘76 Place’, the proposed $1.3 billion new arena for the Sixers. A majority of Chinatown businesses have signed onto a petition rejecting the plan for 10th and Market, saying the arena would “destroy” the neighborhood that sits just steps away.

If you missed Sunday’s festivities, the Suns will be parading through Reading Terminal Market on Jan. 28 before performing at the Rail Park that same day at 2 p.m.

Also on Jan. 28, the Pennsylvania Asian Institute and The Free Library of Philadelphia will be hosting a Lunar New Year celebration at Parkway Central Library.

James Harden had 31 points and 11 assists to lead Philadelphia. Embiid chipped in 30 points and seven rebounds.

Harden finished with 16 points, 15 assists and 12 rebounds Embiid returned from a three-game absence with a sore left foot with a new look.

Tyrese Maxey added 23 points and Montrez Harrell scored 20 for the Sixers, who have won four of five.