New Jersey law enforcement authorities are urging heroin users to ditch their drugs if they see any packages stamped with these logos.

“Please, please, stay away from it. Your next fix could very likely be your last,” said Attorney General Gurbir Grewal at a Thursday press conference.

The unusual warning followed what authorities said was a major bust of a heroin production facility at a luxury apartment in Harrison in North Jersey. Officials estimated it was churning out 15,000 doses of fentanyl-laced heroin every day.

Authorities said they found the potentially deadly heroin stamped with those three logos, which they linked to 84 overdose deaths and more than 100 nonfatal overdoses in New Jersey in the last 12 months. 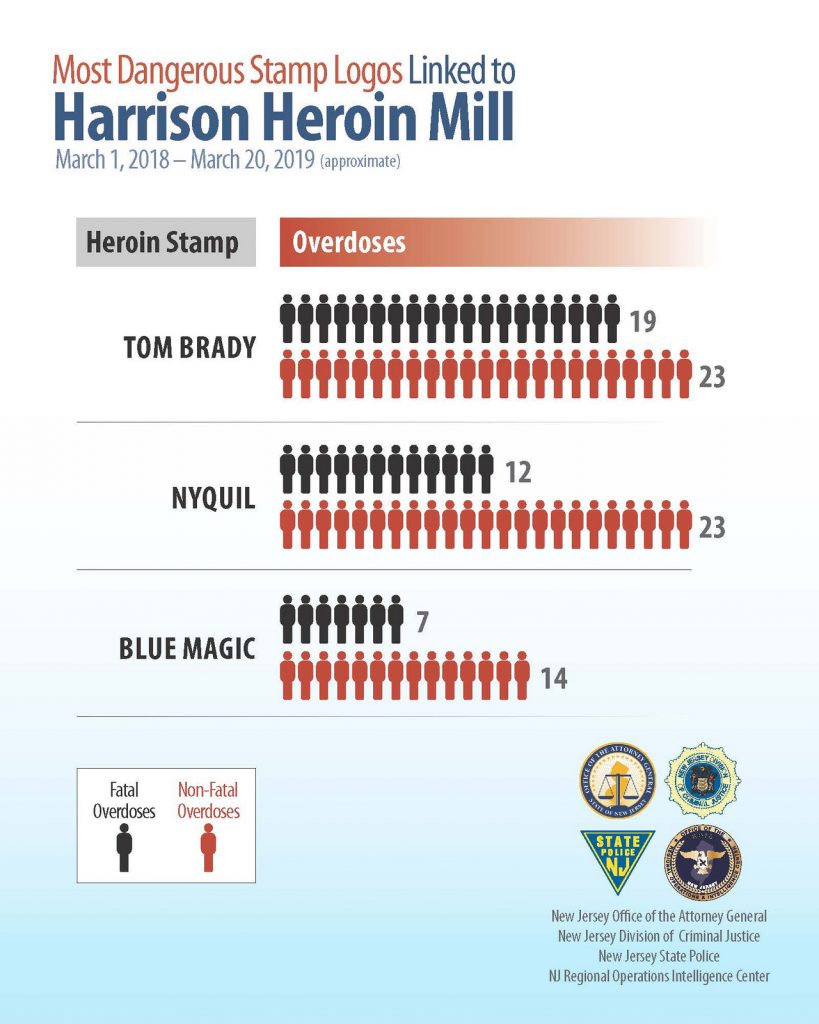 Grewal said the overdose deaths occurred in 15 of New Jersey’s 21 counties, and he warned that more of the deadly doses could still be in circulation.

“Dealers peddle in specific brands of heroin, because, once they develop a reputation that their particular brand is stronger, it unfortunately attracts more addicts to that street-level dealer,” he said.

The Potential Project will use public art and a mobile app to honor people lost to homicide in New Jersey’s capital city through the eyes of the people closest to them.

In a first, N.J. details disciplinary penalties for police

Some 87 agencies in 19 counties reported at least one disciplinary action. Hundreds of law enforcement agencies reported no actions against officers.