The Oddporium is the brainchild of Ken and Beth Schuler who both grew up in Arden, Delaware. After Ken lost his job, they decided to take their strange collections and open their gallery of the peculiar and bizarre.

“I used to dig in the creek bank in Arden and dig up old bottles, a lot of those are sold in the store today,” said Beth. Before he became her husband, Ken used to explore abandoned buildings, as Beth said, to “just snoop around, take photos.” Beth had a crush on Ken, so she would go too.

About four years ago, after Ken’s place of work closed up, the couple reopened a building Ken’s family had constructed in 1911 as a showplace for their unconventional acquisitions.

“All the unusual collections that we have, people might enjoy them,” Beth said. 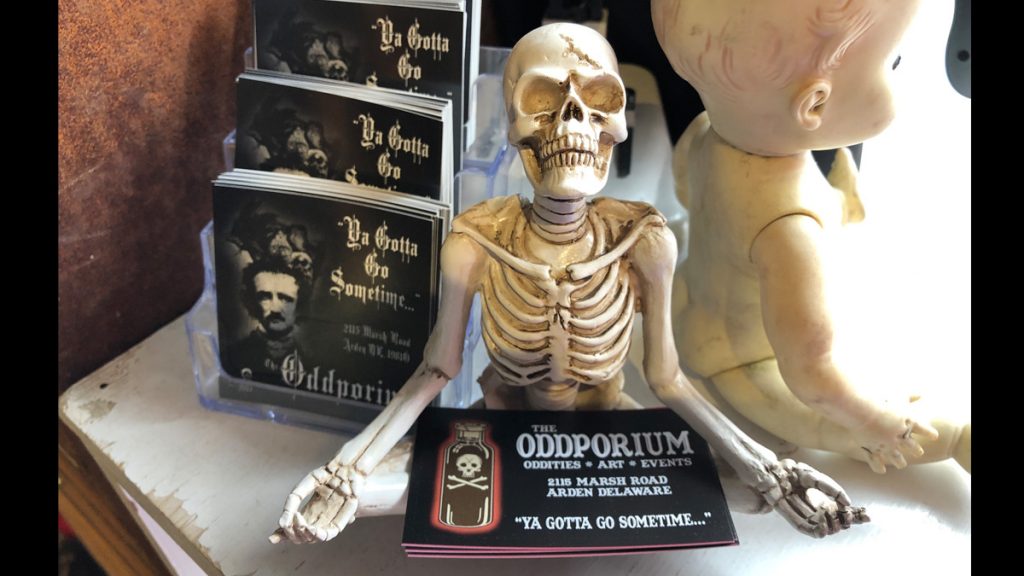 Beth describes the Oddporium as “a museum and a store. It’s the unusual, the bizarre, and it’s a learning experience.”

It certainly is an experience.

From the moment a visitor walks in, strange and unusual items vie for attention. They include the cycloptic pig in a specimen jar and “Lizzy,” a human skeleton from the late 1800s.

“It would teach doctors how to fix people,” Beth explained. 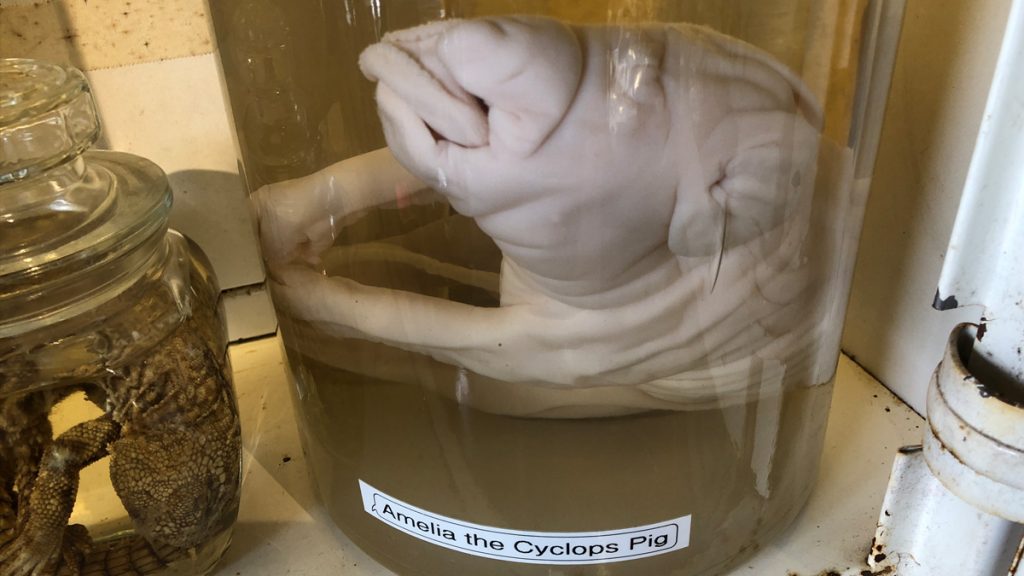 Kids are fascinated by the novelties in the store, but they are sometimes scared as well.

“They get frightened, and I explain it, and they’re like, ‘Oh, thank you Lizzy,’ ” Beth said.

Along with lamps made of bones, the skeletal remains of various animals, skeletons with doll’s heads and just skulls in general, there’s also art made by local artists. Other shelves display medical records dating as far back as the 1800s alongside medical instrument of all kinds. 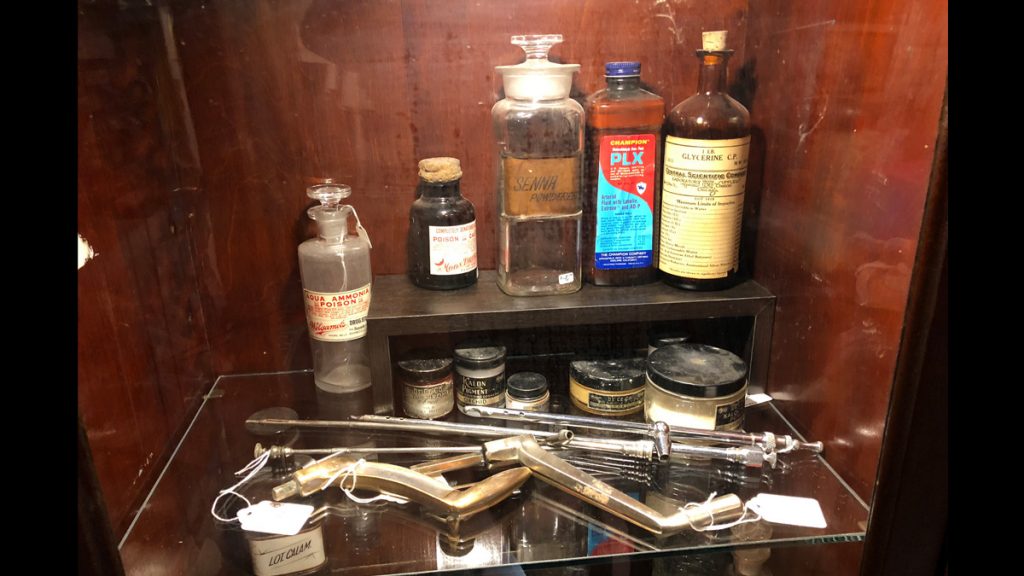 One such instrument was used for transorbital lobotomy, also known as an “ice pick lobotomy,” on patients with psychiatric illnesses in the mid 20th century.

“We have a replica in there, and I demonstrate how it’s done,” Beth said. “Not literally, I cover the tip.”

'It’s a museum and a store. It's the unusual, the bizarre and it's a learning experience.'
— Beth Schuler, Oddporium

Asked to name one of the oddest things in the Oddporium, Beth pointed out the electroshock therapy machine  that’s contained in a nondescript little wooden box. Two small sponges are attached to handles that are attached to wires that run back to the box. The device was used to give patients’ brains a jolt of electricity.

Beth said Ken has given her permission to rewire the device, so perhaps it will be in working order for future visits.

Both Ken and Beth do demolition photography and, as they explore some of these long-neglected medical sites,  they come across troves of records that have been thrown away. “We just collect it out of the dumpster or the building before it’s destroyed,” Beth said.

The Oddporium also has X-rays of various body parts, as well as records and photographs of psychiatric patients. (You can see pictures, lots of them, at the bottom of this article). When you see and read some of these, especially the reasons for which these people were institutionalized, you really appreciate the times we live in. 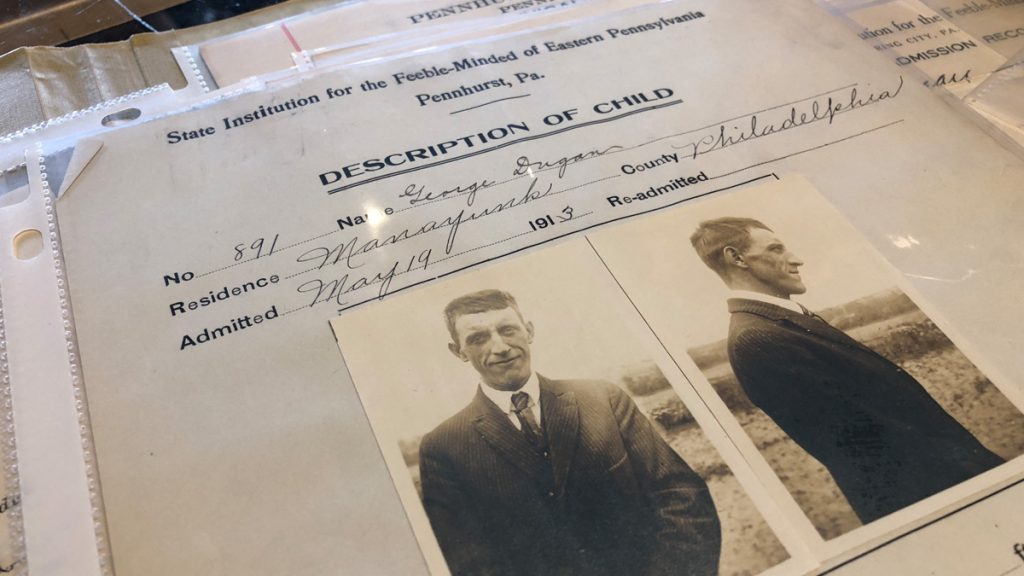 Beth and Ken love to talk to people about all of these things most of us don’t get to see every day. In fact, Beth said, “It’s almost like I could care less if they buy something. I want to talk their ear off.”

She can — and will — tell you all about everything in the store if you have the time.

“I just want them to learn. Never stop learning.”

Beth said their job is to preserve history, and that’s one of the big reasons why the Oddporium exists.

Officials expect the biggest sporting event in the history of northern Delaware to draw more than 130,000 fans, and pump tens of millions of dollars into the economy.

The new leader of a small museum in historic Old City wants to change the way we talk about liberty.

Yo, it’s back. Philly’s Jewish museum reopens after 26 months closed

Philly’s Weitzman National Museum of American Jewish History comes back after the pandemic and bankruptcy as a forum for contemporary issues.