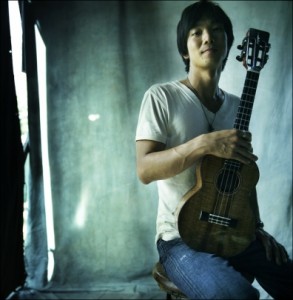 If the word “ukulele” conjures visions of slow, sleepy Hawaiian music, that’s just where virtuoso JAKE SHIMABUKURO wants you at the start of a show: He thrives upending the low expectations people have of his instrument. Because there’s very little about what he does on the traditional Hawaiian instrument that sounds “sleepy” or “slow.” Jake has been playing the instrument since age 4, and sincerely believes the world would be a more peaceful place if everyone played one. He’s doing his part to lead a worldwide resurgence of interest in the instrument, as his iconic performance of George Harrison’s “While My Guitar Gently Weeps” has gained more than 6 million views on YouTube. Jake’s new album is “Peace Love Ukulele,” and he’s playing tonight at the Baby Grand in Delaware. He’ll play from his new album and some classics from his wide repertoire on today’s Radio Times.