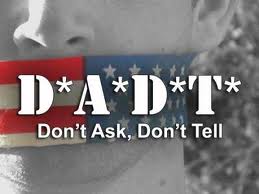 A nine-month study conducted by the Pentagon and released on Tuesday found that there is little risk in ending the military’s policy of Don’t Ask, Don’t Tell.  The 17-year-old policy requires gay service members to keep their sexual orientation secret or face discharge.  The report also found that much of the concern about gays and lesbians serving in the military was driven by misperceptions and stereotypes.  The House voted to repeal the law once the Pentagon study was complete and the Senate will take up the issue today and Friday.  We talk about the prospects of repealing Don’t Ask, Don’t Tell and the challenges that remain with TAMMY SCHULTZ of the U.S. Marine Corps War College, who recently wrote this op-ed about why Marines may support DADT, and TOBIAS BARRINGTON WOLFF,  constitutional law professor of the University of Pennsylvania.