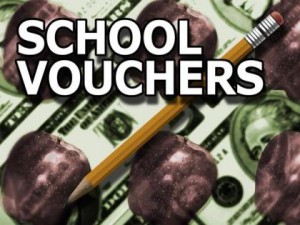 The long and heated debate over school choice in Pennsylvania has been reignited.  Ten years ago, former Governor Tom Ridge tried and failed to get support for vouchers, but this past year, Governor Tom Corbett made school choice one of his crucial campaign promises — a plan that is garnering support from both Republican and Democratic legislators.  Earlier this week in Harrisburg, the Senate’s Education Committee held day-long hearings on a new bill that would provide tax-funded vouchers to low-income students in failing schools. We debate the issue with two Democratic state senators — Anthony Hardy Williams from Philadelphia, who has co-sponsored the bill to create a system of taxpayer-funded vouchers, and Daylin Leach from Montgomery County, who opposes the legislation.

Families find creative ways to trick or treat in Delaware, but Sea Witch extravaganza is off

The governor’s coronavirus restrictions are quashing many traditional events and door-to-door candy grabs are discouraged.

Finding quality, affordable child care was always challenging, but now it's near impossible. How is the pandemic affecting parents, young children, providers and the economy?