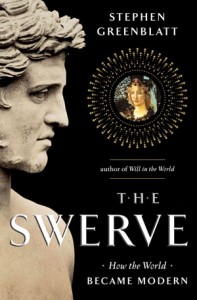 [REBROADCAST] A 15th Century ‘book hunter’ ordered an ancient, forgotten poem, lost in a monastery, to be copied – this work was considered dangerous at the time, as it questioned the role of religion in society. Our guest, STEPHEN GREENBLATT, writes the long-term effects of the circulation of Lucretius’ “On the Nature of Things” shaped the minds of Galileo, Darwin, Freud and Einstein in his recent new book, The Swerve: How the World Became Modern. Greenblatt is the general editor of The Norton Shakespeare and the author of Will in the World: How Shakespeare Became Shakespeare.