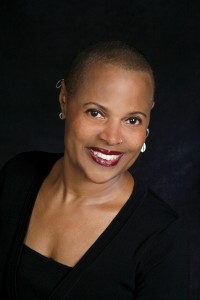 [REBROADCAST] Do you want to know what happened to the tragic character, Precious, from the 2009 film of the same title and the book Push? Well, her son is the protagonist of a new novel by our guest, SAPPHIRE. The author came up in New York City in the ’80s – the beginnings of HIV/AIDS, neighborhoods decimated by crack cocaine and gay and lesbian activism were a living backdrop for the stories and poems Sapphire published in small magazines and performed in poetry slams like the Nuyorican Poets Cafe. Her poem, “Wild Thing,” a first-person account of a 13-year old rapist, along with the art of Robert Mapplethorpe and others, contributed to the political heat the National Endowment for the Arts took from Congress in the early 1990s.  Sapphire’s book, Push, was published in 1996 and made into the Academy Award-winning 2009 film about an overweight, illiterate teenager, a victim of incest, in “Precious: Based on the Novel Push by Sapphire.” Now, Abdul, Precious’ son, has a lot of obstacles to navigate through in Sapphire’s new story about his violent and artistic journey toward adulthood in The Kid.

Wedding plans? Who could plan? What the pandemic taught us about tying the knot

As coronavirus cases decrease and vaccination rates continue to grow, weddings — as we knew them pre-pandemic — are starting to make a comeback.