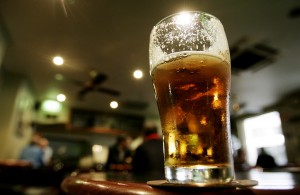 Philadelphia area-made beer is continuing to grow regionally and around the country. Local breweries, including Flying Fish, Sly Fox, Troegs, Victory and Weyerbacher undergoing massive expansions in their production and distribution of their beverages. Philly Beer Week (PBW) is enjoying its fifth year as a celebration destination of the popular beverage, and has become a model for at least 90 “Beer Weeks” around the world including Canada, Germany and Tokyo.  We’ll talk to DON RUSSELL (aka Philadelphia Daily News’ “Joe Sixpack,” beer reporter), Director of Philly Beer Week, who anticipates at least 200 participants over 1,000 events this year. And beer historian, RICH WAGNER, takes us through Philadelphia’s rich history in fermentation from its heyday in 1878 when Brewerytown won the Grand Prize for Beer in Paris that received attention of German brewers in Europe, through the dry days of Prohibition, into the current renaissance of the craft brew scene in his new book, “Philadelphia Beer: A Heady History of Brewing in the Cradle of Liberty.”