Mark Blount, Jr., 30, grew up at 11th and Diamond in the Norris Street Housing Project of North Philadelphia. It’s where he says he first picked up a basketball at age 10.

“There was this girl in my neighborhood and she was good,” recalls Blount, “she was on the court practicing and I went over there and she put a ball in my hand and helped me become a basketball player.” 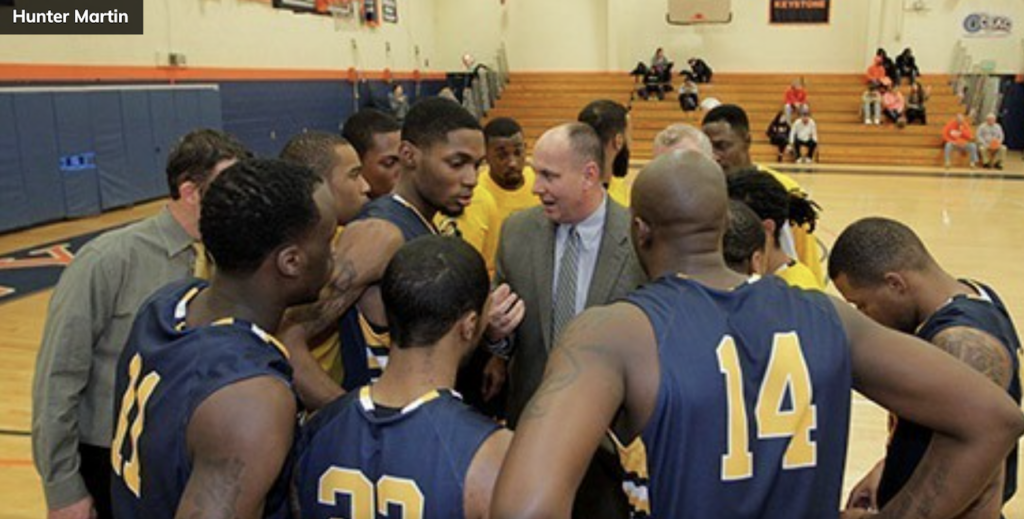 Fast forward and Mark Blount aka “Splash” is a member of the world-renowned Harlem Globetrotters. He travels the world, plays the game he loves and performs basketball tricks before stadiums filled with adoring fans.

I love the fact that I can step into a gym, put on my superhero outfit, and go step on the court,” he says, “and to just see the smiles on all the family faces- the fans make it all worthwhile.” 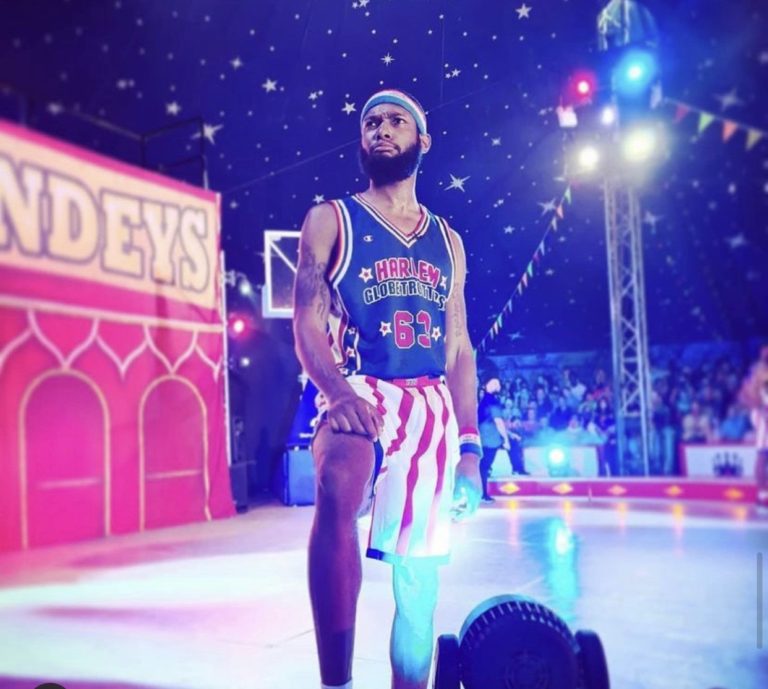 As a kid, Blount went to the RW Brown Community Center and every summer from age 8 to 12, to take part in summer camp. In 2018, three years after he began traveling with the Globetrotters, Blount decided to go back to where it all began. That was the first summer that while home for the season, he took on the role of “summer camp counselor.”

“The kids are just so happy to be there, and as the counselor I love to be there and have fun with the kids,” he says.

Blount works at RW Brown and does real work. He takes the kids on trips, runs math and reading lessons and plays lots of basketball. He not only teaches the kids the fundamentals, but also the tricks he’s learned on the road. 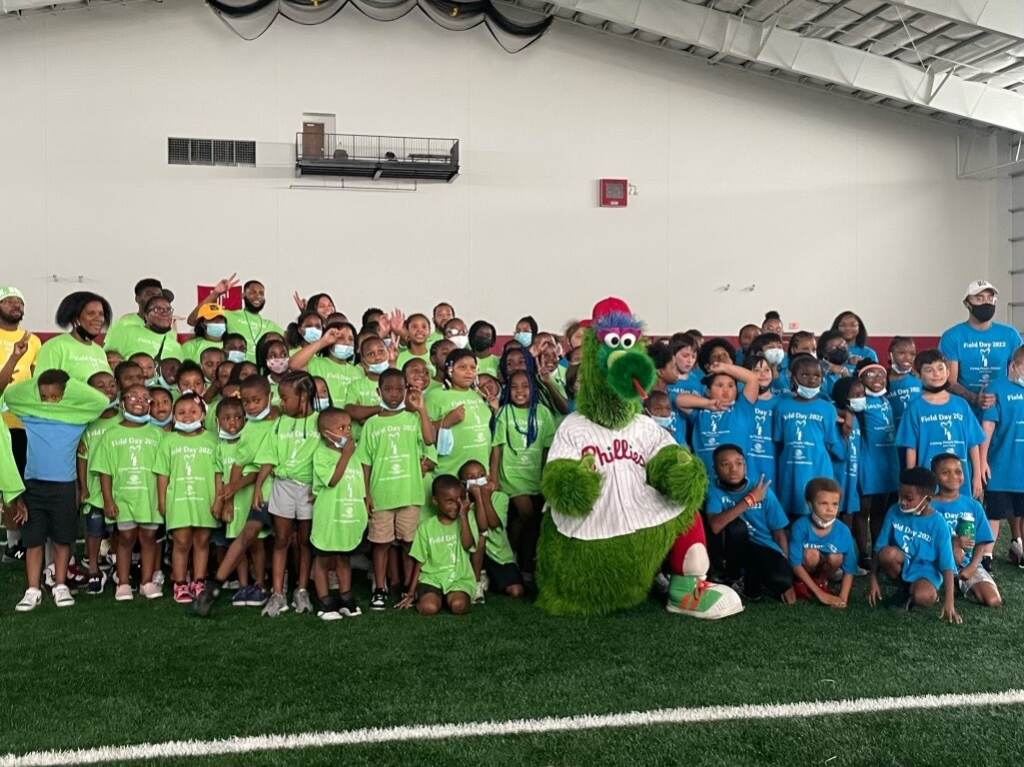 “For someone who is as successful as he is to come back and not just give an hour time but to spend the whole summer camp program with them—I call it getting your hands down in the mud and that’s what Mark does,” says Branon Gilmore, senior director of programs at Caring People Alliance, the group that runs the Boys & Girls Club at the RW Brown Community Center.

“He’s just been a blessing to have,” says Gilmore, “he knows what the [youth are] going through because he’s been there.”

There is on the skirt of Temple University in North Philly. While the Norris Street Projects wasn’t in and of itself a dangerous place, Blount recalls robberies and other crimes nearby. In fact, a memory he can’t seem to shake is seeing police move a limp human body as he walked down the street.

“I will never get that out of my head,” says Blount, “that was very traumatizing at a young age.”

But basketball, the RW Brown Community Center and family kept him focused. 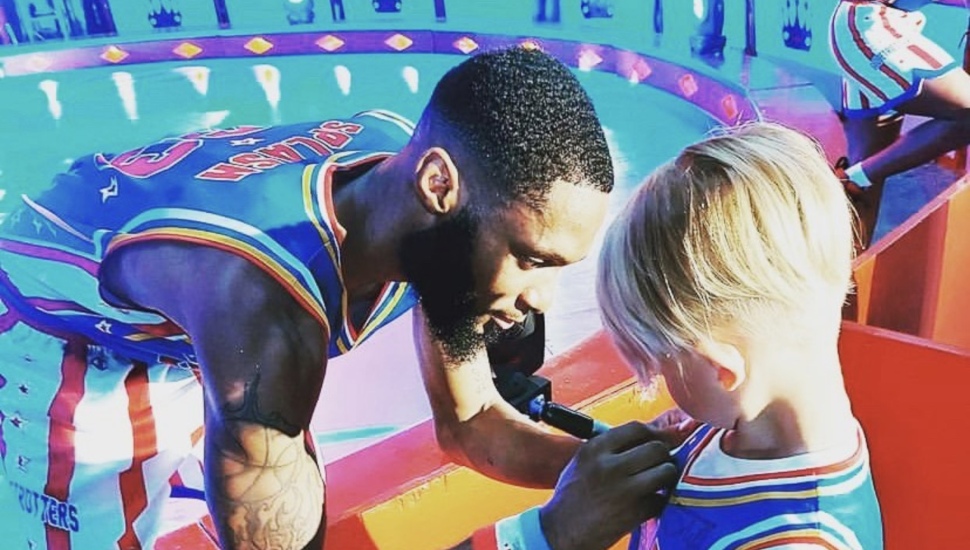 “I knew if I did the right thing and stayed out the way, playing basketball, practicing, going to the camp,” says Blount, “I knew I was going to be on the right path.”

That focus, as well as a local cop who watched the neighborhood, kept Blount out of trouble and helped give him vision. “Officer Jerry” worked for Temple University Police, recalls Blount, and would sit in his squad car at the end of the block. Jerry would talk to a then young Blount and encourage him. It left an impression.

“I wanted to go into law enforcement because of [Officer Jerry],” he says. 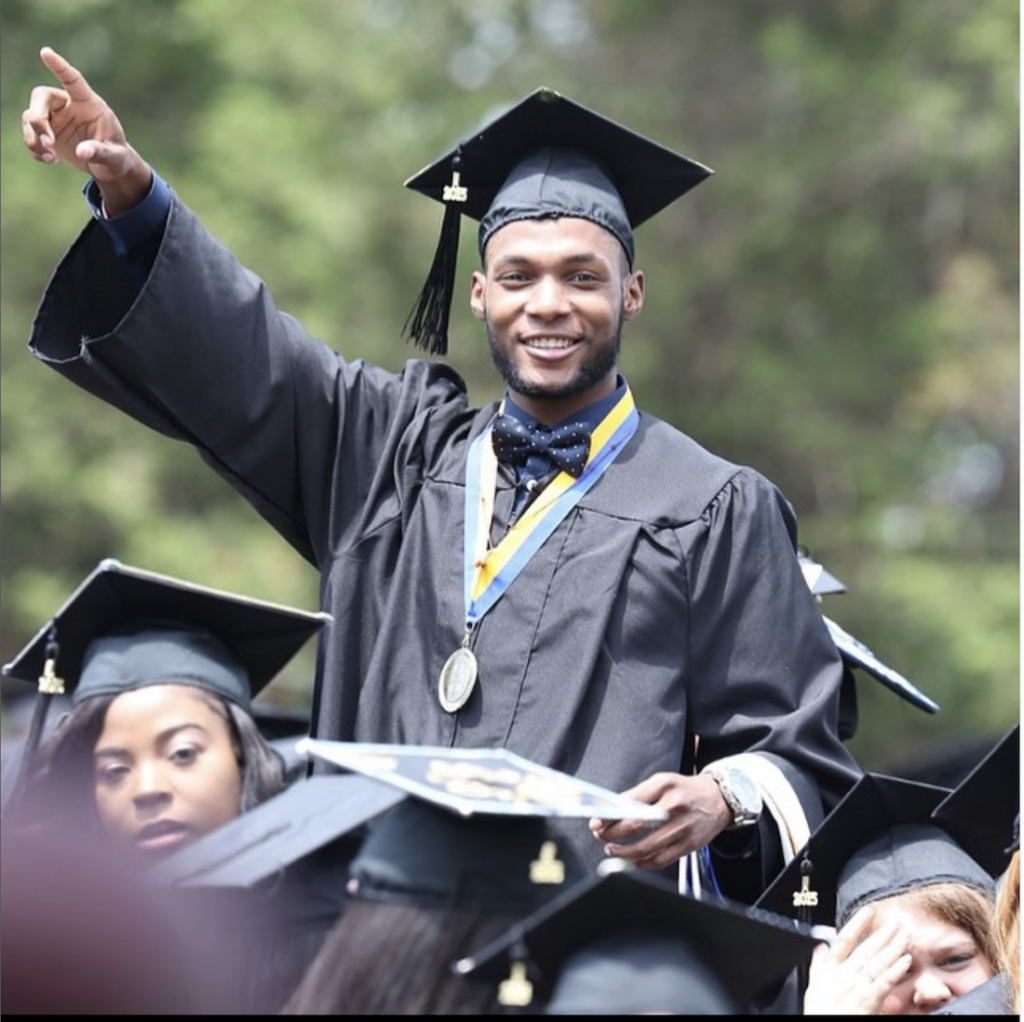 Blount studied criminal justice at Neumann University while playing for the school’s basketball team. He says his plan was to play professional basketball overseas or to try to get into the FBI. But in fall of 2015, he got the chance to audition for the Harlem Globetrotters and off he went.

Now a veteran of the team, Mark Blount has traveled to China, Australia and throughout Europe.  He also owns property in North Philadelphia, as well as a hookah business. But none of his work in basketball and beyond prevents his weeks-long commitment to young people from his old neighborhood each summer.

“I see myself as a role model, a mentor that the kids can look up to,” he says, “I wanted better for myself- and I want better for the kids too.” 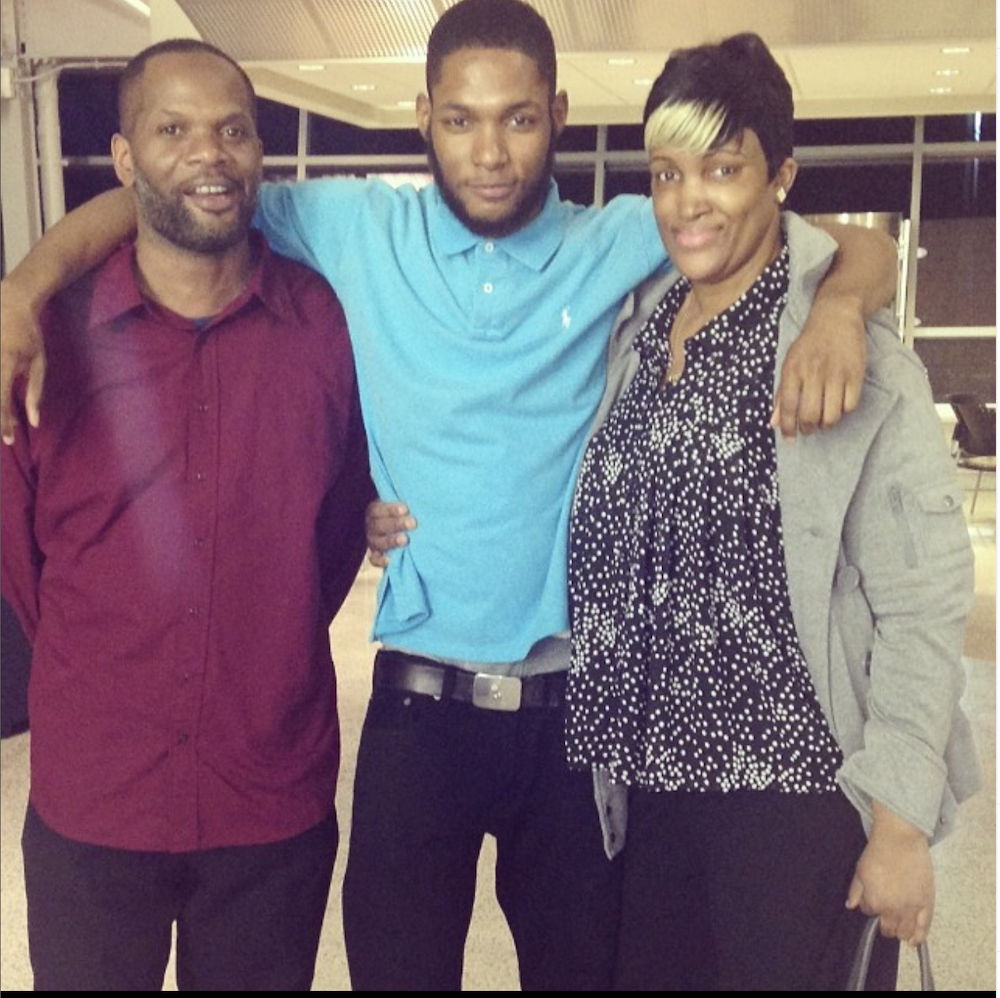 “Mark is 100 percent a good soul,” says Gilmore, “he gives the kids a different vision of what their futures can be.”