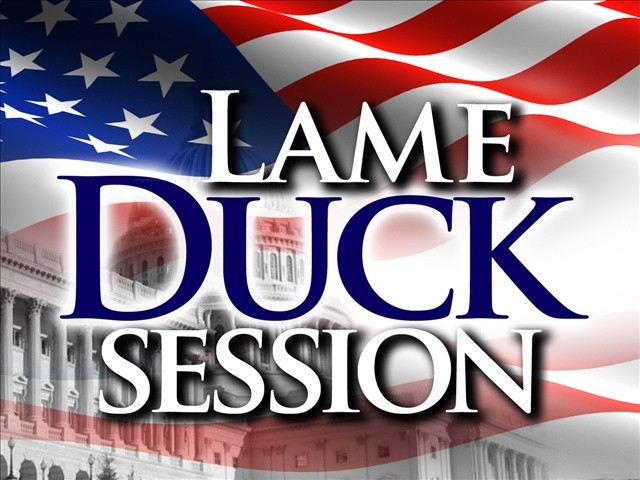 Lame duck sessions in Harrisburg & Washington DC have our elected representatives racing the clock to pass or block bills whose fortunes figure to change dramatically when new parties take over in January. In Washington, Democrats about to relinquish control of the U.S. House of Representatives are haggling over issues ranging from immigration to energy to gays in the military, all the while dealing with the distraction of one of their most powerful members, former House Ways & Means Chairman Charles Rangel (D-NY), being convicted of 11 ethics violations by a House panel. Meanwhile, Republicans rally ‘round Tea-Party-popular-platforms like eliminating earmarks and prepare to hold President Obama and their Democratic peers’ feet to the fire with investigations aplenty. In Harrisburg, the Democratic-controlled House pushed through a bill to cut pension benefits for newly hired state workers and school employees, which may stave off what could have been high local property tax hikes. The House also voted to expand the so-called “Castle doctrine” that removes a person’s duty to retreat before using deadly force against an attacker in most circumstances.  Joining Marty to discuss the lame-duck legislative sessions are JAKE SHERMAN, Congressional reporter for POLITICO.com, and JOHN L. MICEK, state government reporter for the (Allentown) Morning Call.