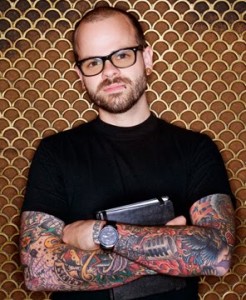 JAY BAKKER is the son of famed televangelists Jim and Tammy Faye Bakker. In one sense, he followed in his parents’ footsteps, in that he is a pastor and founder of his own church. But the apple did roll away from the tree a bit: Jay Bakker’s Revolution Church in Brooklyn preaches a message of God’s universal love and acceptance, diverging from most evangelical churches in its support of LGBTQ equality. Bakker is in town to participate in a weekend symposium dedicated to opposing “reparative therapy” and “ex-gay” organizations that try to convert LGBTQ to heterosexuality. We’ll also talk to CLINTON ANDERSON, director of the American Psychological Association’s Lesbian, Gay, Bisexual, and Transgender Concerns Office.