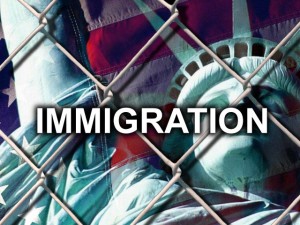 Arizona’s controversial immigration-enforcement legislation is scheduled to take effect July 29th, though the U.S. Justice Department is suing to stop it. Meanwhile, Pennsylvania lawmakers have drafted their own version of an immigration-enforcement bill, which is drawing wide support in the Keystone State, according to this week’s Quinnipiac College poll. On today’s Radio Times, we’ll be joined by that bill’s primary sponsor, state Rep. DARYL METCALFE, R-Cranberry, to discuss why Pennsylvania needs new laws to enforce federal immigration policy. We’ll also hear from WITOLD “VIC” J. WALCZAK, legal director of the American Civil Liberties Union of Pennsylvania, which is opposing the legislation in Pennsylvania and Arizona. Finally, Philadelphia Inquirer immigration reporter MICHAEL MATZA will update us on Philadelphia Mayor Michael Nutter’s recent decision to stop automatically sharing arrest information with federal immigration agents.

The first ship carrying Ukrainian grain has set out from the port of Odesa.

Russian missiles have struck Ukraine’s Black Sea port of Odesa just hours after Moscow and Kyiv signed deals to allow grain exports to resume from there.

Villagers see destruction everywhere and help in short supply days after an earthquake devastated a remote region of southeast Afghanistan and killed at least 1,150 people.