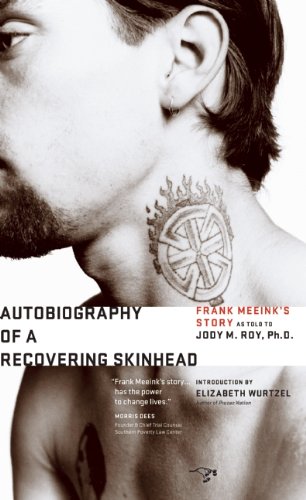 As a teenager, South Philadelphia’s FRANK MEEINK rose to become one of the most notorious racist skinhead gang leaders, and his violent lifestyle had him locked up in an Illinois prison by age 18. But that was just the beginning of Frank’s journey, as he began to respect and then bond with teammates in a prison football league, fellow prisoners who also were African American. The Oklahoma City bombing helped inspire Frank to dedicate his life to working against hate, which he’s been doing with the Anti-Defamation League and a Philadelphia Flyers-sponsored program called Harmony Through Hockey. His new book is titled, Autobiography of a Recovering Skinhead.

With lessons from Palestine and Ferguson, Philly clergy act as buffers between protesters, police

In addition to helping deescalate tensions between police and protesters, members of the Philly clergy group say they are there to bear witness.

PA Post's investigation on commissary items is the basis for a nonprofit’s legal claim advocating for prisoners’ rights.

The collaboration between the 39th Police District and the Georgia E. Gregory Interdenominational School of Music, is intended to create better relationships between residents