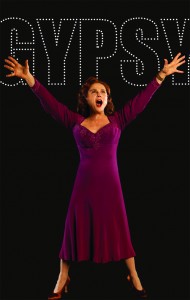 Star of Broadway, television and film, actress TOVAH FELDSHUH says she doesn’t want to impress audiences but move them. The role she’s currently playing is historically emotional, and this is Feldshuh’s first time embodying the character of Mama Rose, the demanding and perhaps misunderstood, stage mother in Jule Styne’s and Stephen Sondheim’s Gypsy. Feldshuh joins us in-studio to discuss how’s she’s approaching this role that was debuted on Broadway by Ethel Merman, and revised on Broadway by Angela Lansbury, Tyne Daly, Bernadette Peters and Patti Lupone. (Historical note: Gypsy opened in Philadelphia in April 1959, before opening in New York City, as many top shows were first tried out here.) Broadway is a familiar place for Feldshuh as she started working in the legendary district in the early 70s. Feldshuh has appeared in many films including A Walk on the Moon, Kissing Jessica Stein and Happy Accidents. And you may recognize her as Law and Order’s defense attorney Danielle Melnick, whom she played for over 10 seasons. Her one-woman show, Tovah: Out of Her Mind, was staged after her experiences portraying legendary characters in one-woman shows including Tallulah Bankhead, Golda Meir and Katharine Hepburn. Tovah Feldshuh is starring in Gypsy at the Bristol Riverside Theatre through January 15th.