Today is a Good Day is a non-profit that supports families who experience the Neonatal Intensive Care Unit or “NICU.”

“The NICU journey is a roller coaster,” says Martha Sharkey, who founded Today is a Good Day alongside her husband Paul in 2014.  “It’s full of ups and downs and you don’t know what your future is going to look like, so we live by the motto ‘one day at a time.’” 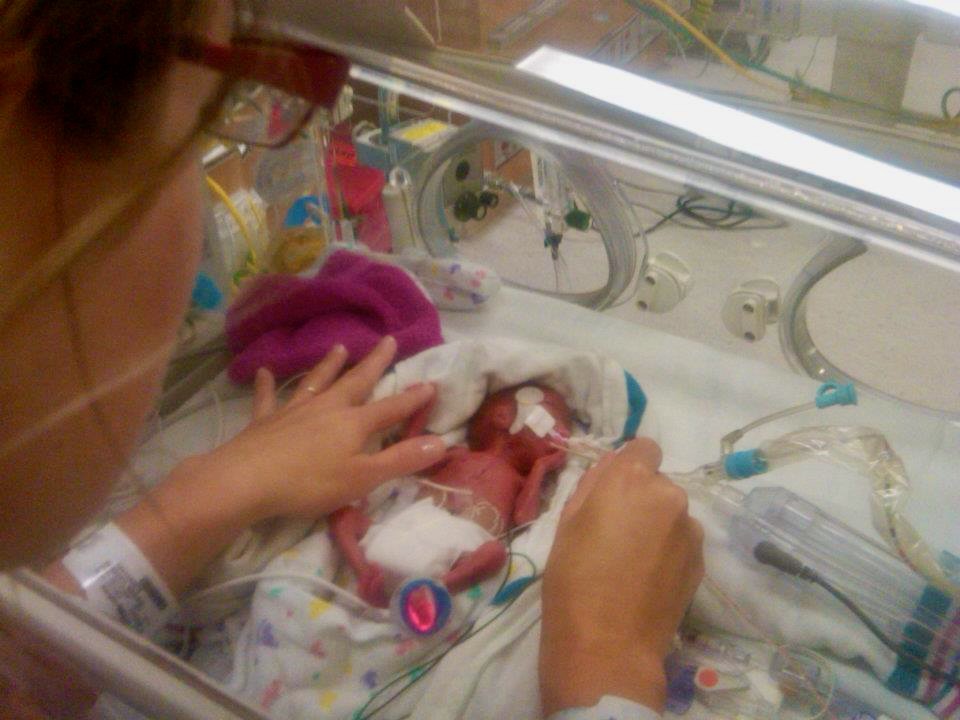 One day at a time is how the Wyndmoor couple got through their own three-month journey in the NICU at Abington Hospital.  They first discovered they were expecting in July 2010.  Their twin girls were due the following March.  But in November, Martha says she didn’t feel quite right.  She went to get checked out and was soon admitted to the hospital.  Five days later, on November 14, 2010, Claire Josephine and Mary Gladys arrived at just 23 weeks gestation.  Claire weighed one pound two ounces and Mary weighed one pound four ounces.

“My husband looked at me and said, ‘we’re going to leave here with two, one or none, and we’re going to be okay whichever path is chosen for us,’” recalls Martha.

The babies were so fragile, but they were fighters.  Martha says each day was different and they had to make medical decisions, praying for the best outcome.  And every night, they had to go home without their babies.

“We had a lot of difficult moments at the beginning and difficult days,” says Martha.  “You’ve got to keep taking it one day, one minute, one moment at a time.”

Two weeks after she was born, Mary passed away. 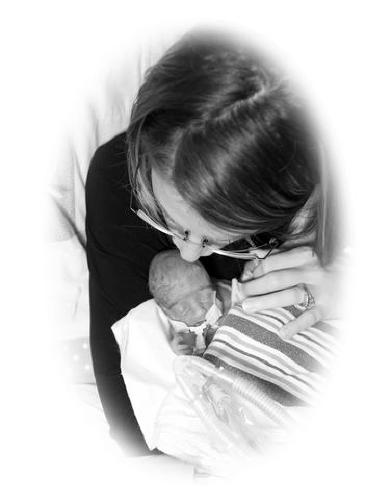 “It rocked our world,” she says, “she was our stronger twin at birth.”

The couple said goodbye to their daughter and worked to help Claire continue her fight.  Daily journaling helped the family keep track of the good days and they’d rejoice at small wins.  They learned how to bond with their baby by creating bonding squares for scent, to read to Claire and be active in her care.  After more than 100 days in the NICU, Claire finally came home.

“That for us was such a big day and a big milestone,”Martha recalls.

The friendships made and gratitude for all the support pulled the Sharkey’s back to Abington Hospital.  They’d take a growing Claire to the NICU to provide inspiration to other parents still on their journey. 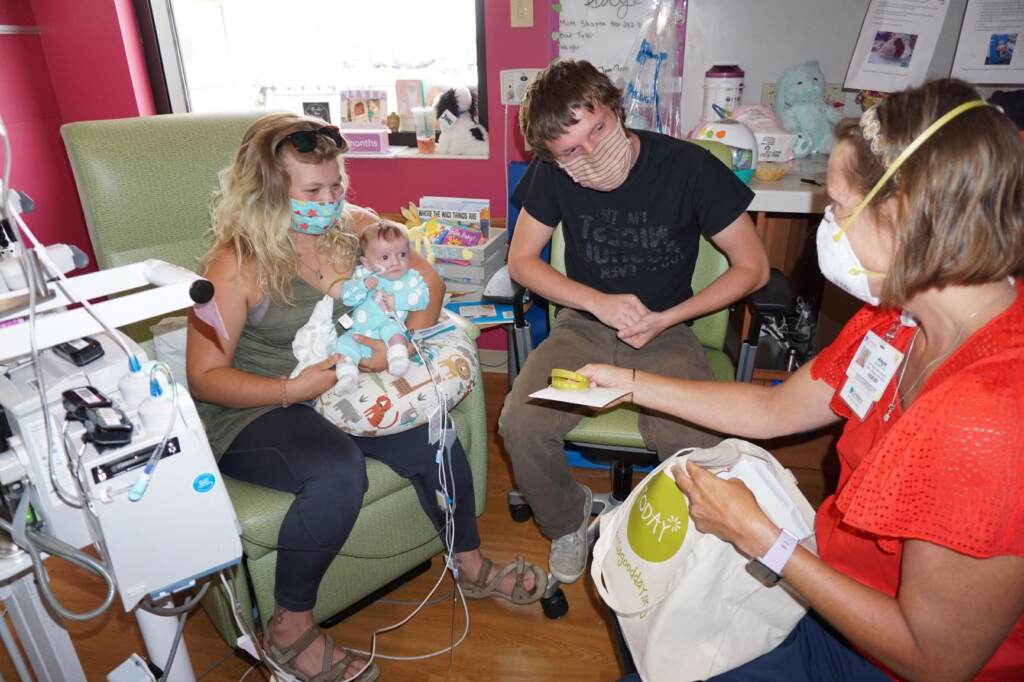 “To say look- here’s a ’15 ounce, 23 weeker’ who just got her first pair of sneakers and is learning how to walk,” says Sharkey, “Those little moments of inspiration and ways of giving back, that’s how we started.”

The Sharkeys went on to have another daughter full term, as well as a son, William, who was diagnosed with trisomy 18.  He died soon after birth.  But the family continued on, rejoicing in the good days and finding positive moments.  During that time, the Penn State grads decided to start their non-profit, Today is a Good Day.

“All of our experiences that we’ve had in starting a family and growing our family have really gone back to the mission of Today is a Good Day,” says Martha, “it’s helped us to expand our mission to make sure that we’re trying to serve families in the best way possible.”

They started in Abington Hospital, providing care packages and support for NICU families.  Things grew from there.  They provided Thanksgiving dinners, financial and education support and more, no matter the outcome of the NICU experience. Today, the non-profit is in 17 hospitals across six states. 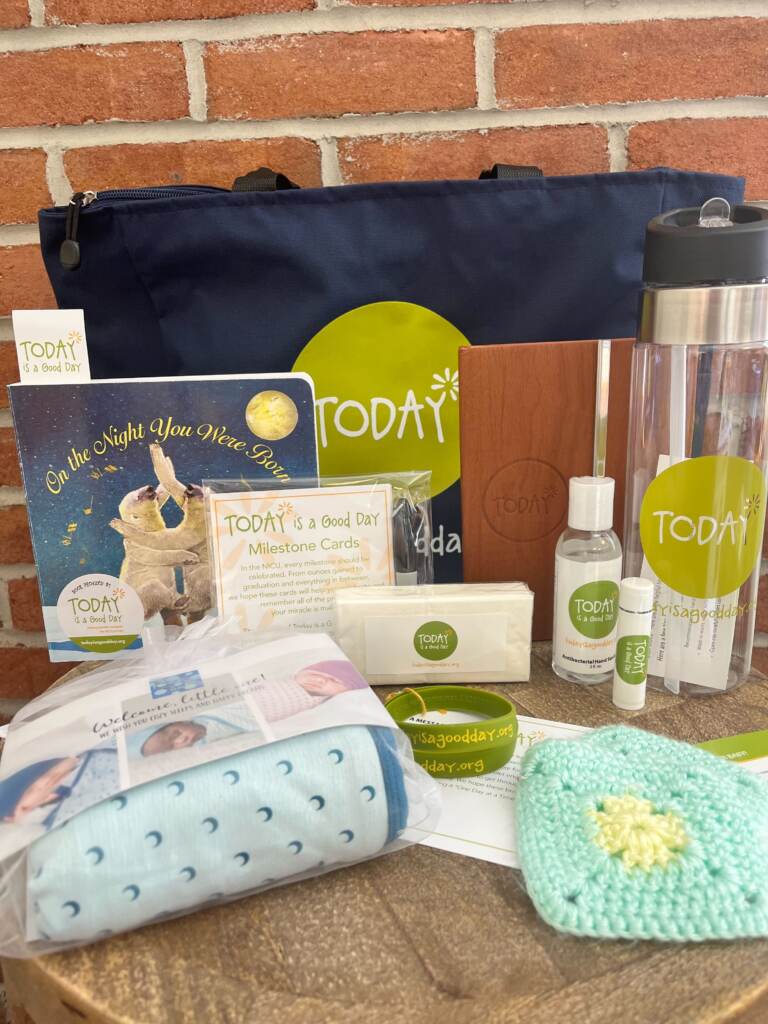 “For us, it’s really providing that hope and building that local community among NICU families,” says Martha.

“It helped us connect with other with other families and really feel that we weren’t alone and that we were what we were going through was sort of a shared experience,” says Karen Beck, who experienced Today is A Good Day when she had her youngest son James 11 weeks premature.

She says they received a care package on one of their first days in the NICU. Later on, they went to a pizza lunch where they connected with other families.  Soon, they created community.  Beck decided to volunteer and later, met Martha Sharkey. 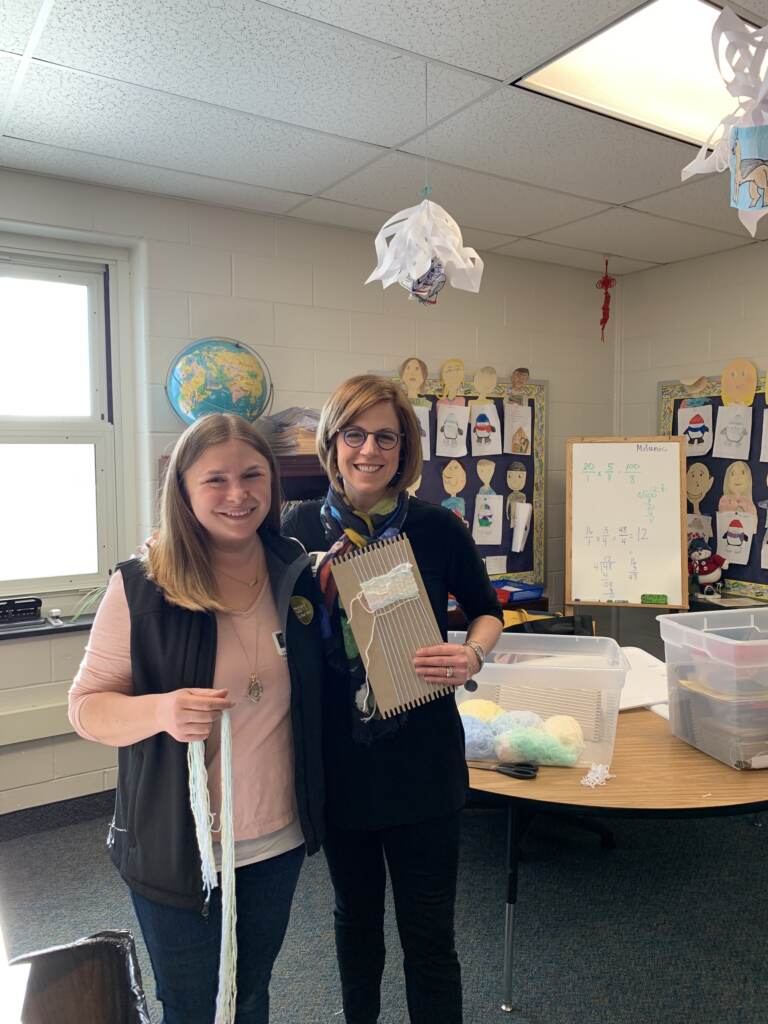 “She greeted me with a big hug,” says Beck, “Martha is amazing.”

Beck, who is also mother to Noah, decided to work for Today is a Good Day. And when the pandemic hit and she had to take a step back, she chose to stay connected by joining the non-profit’s board of directors.

“Martha knows how to get things done,” says Beck, “she things big and she got me to think bigger too.”

“We don’t know the outcome of our children, whether it’s a full-term baby, a NICU baby,” says Sharkey, “We don’t know what their outcome is going to be or what they’re going to go through, but they’re always going to be the best that they can be based upon how much we advocate for them.” 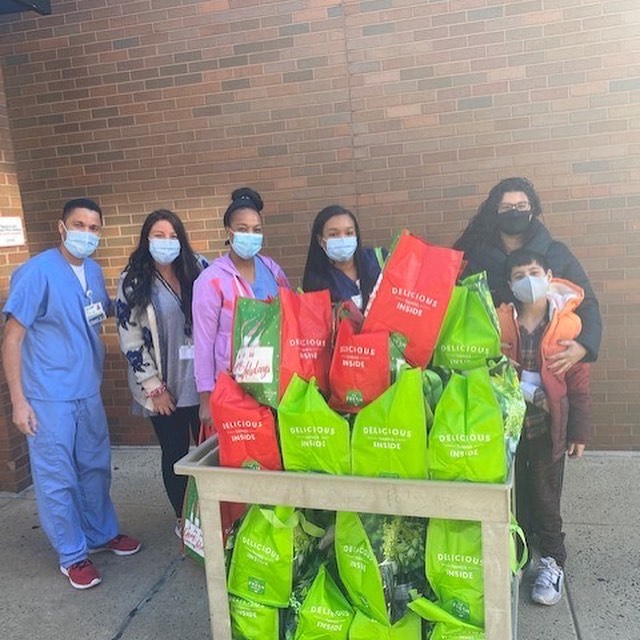 That’s what Today is a Good Day does– it helps parents become better advocates by educating them and providing support for the journey in the NICU and beyond.

The work has touched hundreds of families and has become Sharkey’s life mission.  That is why Beck says, she nominated her friend, for the Good Souls Project.

“Martha is everything that that I think of when I think of a good soul,” says Beck.

For more on visit Today is a Good Day