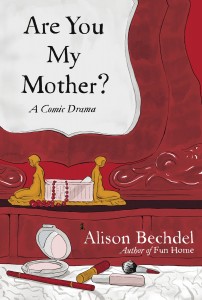 Author and comic strip writer ALISON BECHDEL’s new graphic memoir, “Are You My Mother? A Comic Drama,” illustrates her complicated relationship with her artistic mother, who was unhappily married to a closeted gay man, the subject of Bechdel’s first memoir, “Fun Home: A Family Tragicomic.” One reviewer described Bechdel’s unique style as “graphic alchemist.” The guest editor of “The Best American Comics 2011,” and writer of the long-running syndicated comic strip, “Dykes to Watch Out For,” which is now a blog, Bechdel’s work appears in Slate, McSweeney’s, and The New York Times Book Review, among other publications.