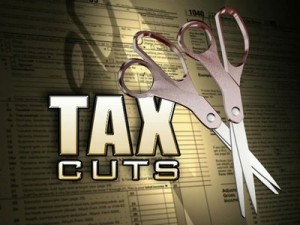 If Congress doesn’t come to some sort of agreement, the FICA payroll-tax cut for American workers enacted in December 2010 will expire in just a few weeks.  The payroll-tax holiday provided a one year reduction in the contribution employees make to Social Security — down to 4.2 percent from 6.2 percent.  For people earning over $50,000 the cuts represent roughly $1,000 in available income and $1,500 for middle income families.  The White House and  legislators on both sides of the aisle are battling over the extension of the tax cuts.  At issue are concerns about how the government will offset the lost revenue, how the flow of money into Social Security will be impacted, and how other provisions legislators attached to the 2010 and 2011 bills will fair. Joining us to dissect the economic and political repercussions are NAFTALI BENDAVID, reporter for the Wall Street Journal and HOWARD GLECKMAN of the Urban Institute and the Tax Policy Center.