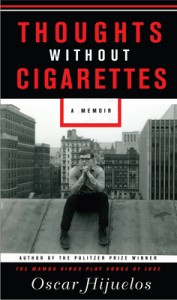 How does a writer become a voice for his culture but still needs to reconcile his heritage twenty years later? Pulitzer-prize winning writer OSCAR HIJUELOS returns to Radio Times to discuss his new memoir. He was raised in New York City in the 50s by Cuban Parents, but felt he was “cut off from my Cubanness pretty early,” living away from Cuba, appearing fair-haired, and suffering an early childhood illness that kept him from the core of his Cuban-Americaness – speaking the language.  Hijuelos helped push Latino writers into mainstream publishing after he won the 1990 Pulitzer Prize for fiction with his second novel, “The Mambo Kings Play Songs of Love,” but he still needed to undertand his own ancestry. We’ll discuss how he worked this out when he discusses his new book, “Thoughts without Cigarettes: A Memoir.”

What COVID-19 precautions should I take over the holidays?

Thursday will be our second pandemic Thanksgiving. The vaccines have helped, but there are still steps we can take to keep everyone safe.

Home kits are not as accurate as the PCR tests, but they have the advantage of giving results within minutes instead of days.

How is Diwali celebrated differently in India and the U.S.?

WHYY host Priyanka Tewari, who grew up in India, speaks with UPenn lecturer Dr. Murali Balaji about his experience celebrating Diwali in the U.S.