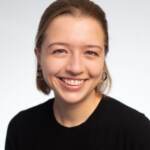 For marching bands, there is a hierarchy of parades. While the Macy’s Thanksgiving Day Parade ranks pretty high, even higher is the Rose Parade in Southern California.

Dozens of bloom-covered floats, high-stepping horses, and a select number of bands travel the 5.5-mile parade route down Colorado Boulevard in Pasadena to usher in the new year. More than 700,000 people watch the parade in person and another 30 million on television.

“It’s the granddaddy of them all,” said Adam Gumble, director of athletic bands at West Chester University, a public university in southeast Pennsylvania.

Gumble’s band, the Incomparable Golden Rams, won’t be in the Rose Parade when it rolls Monday but it will be in January 2024. Selection is highly competitive, with parade officials choosing bands more than a year in advance. The long lead time gives bands time to plan and raise the money needed for the trip.

“Leading the team that’s taking us to these new heights, I couldn’t ask for anything better,” Gumble said. “Excitement is an understatement.”

Gumble said parade organizers told him the band’s innovative performances earned them an invitation and they should bring the same creativity to the parade in 2024.

“I told them that we wouldn’t disappoint,” he said. “We are looking forward to putting together a show like they haven’t seen before.”

Over its 130-plus year history, the Rose Parade has largely been seen as an event that values  tradition, complete with a 50-plus page rule book for participants, said Todd Marcocci, the Ram Band visual director.

Marching band excellence has often been translated to mean military-style precision and movements.

Gumble and Marcocci, both of whom attended West Chester University as undergraduates and were in the band, said the Incomparable Golden Rams have always tried to be different.

“The tradition has really been being nontraditional and it’s allowed us to gain a reputation on a national scale,” Gumble said.

He said the school’s Division II status, which allows for more flexible field shows, has given them the opportunity to experiment.

Memorable examples include the time the Rams started their show outside of a stadium and ran onto the field, conjuring the image of slithering snakes, or in 2019 when 40 brass players began the performance standing among the audience.

This fall, the 337-member band performed a show about the pressures of time. One act was an arrangement of Cyndi Lauper’s “Time After Time” and another sampled Beethoven’s “Ode to Joy.”

In the third act, inspired by Jim Croce’s “Time in a Bottle,” a member of the band’s color guard put down the flag she’d been spinning, picked up an electric violin, and played a solo.

At different points, musicians swayed their bodies, moved their arms mechanically, and stepped diagonally and circularly in a mesmerizing level of synchronicity.

The Ram Band’s journey to the Rose Parade

Marcocci said he’s wanted the Ram Band to march in the Rose Parade since the late 1990s when he first attended the event with a high school band.

“I have been saying ever since that day, ‘We need to be in that parade,’” he said. “Well, finally after 25 years, we’re going to be in the parade.”

Gumble said the band applied in 2020 after it won the John Philip Sousa Foundation’s Sudler Trophy, the equivalent of the Heisman Trophy for college marching bands. With that accolade, Gumble thought they had a shot.

Bands must apply and submit halftime and parade videos, photographs, a list of accomplishments, and letters of recommendation. About 80 bands from around the world apply each year for 13 slots.

The parade was canceled in 2021 due to COVID, bumping performers back a year. Organizers reached out this past summer to see if the Rams were interested in marching in 2024. “And of course, we were,” Gumble said.

Just one other Pennsylvania college has sent its band to the parade in recent memory. Pennsylvania State University marched multiple times when its football team played in the Rose Bowl, which guaranteed them spots in the parade.

Gumble said it’s hard for colleges to earn a parade spot, especially for schools like West Chester that don’t have Division I football teams and the resources and media exposure that come with them.

Philadelphia school board members Reginald Streater and Mallory Fix-Lopez were elected Thursday night to serve one-year terms as president and vice president of the board.

So far the campaign, which launched in December, has raised more than $200,000. The school hopes to raise 80% of the amount and will cover the rest, Cornelius said.

“The band is a real source of pride for the whole West Chester community,” she said. “We expect lots of folks to rally around the cause.”

When the Rams go marching in

Marcocci said a lot has changed since the earlier days of the parade when traditionalism ruled, even if there still are a lot of rules.

When he worked with a high school band from New Jersey that marched in the parade in 1998, he decorated their uniforms with live flowers to match the floats. At that point, it had never been done, he said. Since then, other bands have followed suit.

“I hope the stuff that we present to the Rose Parade Committee gets approved because then we would be making history again,” he said.

Marcocci went to Pasadena this week to help with this year’s Rose Parade, and also started scouting and planning for 2024. Gumble joined him Thursday, so the two can watch Monday’s parade together.

Both have been poring over the committee’s rulebook.

“We’re going to make sure we abide by all those things, but we’re also going to look for opportunities to stretch a little bit,” Gumble said.

While they may have a year to prepare, they only have one chance to get it right. Once they have a vision — and the committee’s approval — it will be up to the band’s members to execute.

Peyton Brillhart, a first-year student who plays the cymbals, said she’s ready for the challenge and knows the rest of the band is, too.

“I feel like it’s not even the aspect of how hard the show is, it’s how hard I know everyone in the band wants to work,” she said.

She said the band’s members, two-thirds of whom aren’t music majors, strive for excellence because they love music and they know younger musicians are looking up to them.

Blaine Geubtner, a junior who plays the mellophone, said he almost gave up marching band after the pandemic.

After a year of online school, he wasn’t sure the time commitment — two hours of practice three days a week plus Saturday performances — was worth it. Then he went to band camp.

“We played our first big hit of the show together and I was like, ‘Whoa, this is incredible.’ It immediately relit the fire for me,” he said.

Geubtner said the Ram Band, which is the university’s largest student group, is respected on campus. Many people come to football games just to hear the band play. He said making it to the Rose Parade is something the entire university can get excited about.

While there’s a lot to be done between now and next January, there’s one moment, in particular, that Gumble and Marcocci are thinking about.

It’s when the band makes the Rose Parade’s famous 105-degree turn onto Colorado Boulevard and all cameras and eyes are on them.

“Once our 337th member has gotten around that turn and everybody has executed it in such a way that everybody knows that this is the Incomparable Golden Rams marching band, that’s the moment I’m looking forward to,” Gumble said.

As part of its book review process, the district is buying books so committees can read them and make recommendations.

The course, offered by the controversial group Street Cop Training, teaches police how to mine social media for personal info and create dummy accounts.

WCU President Christopher Fiorentino pointed to continuing spikes in COVID-19 cases across the country as one of the reasons behind the school’s decision.