The first time I heard the phrase “Psychological Homelessness,” I was at the Head Royce School in Oakland, California. It was the seventh screening of my film, “The Prep School Negro.”

Hosted by two psychologists, the film was used to illustrate the isolation that people experience when they feel like they don’t belong — at school, at home, anywhere in their community.

From my first day of classes at Germantown Friends School, I had the name of this movie. I would spend years developing it, refining it and sharing it. It wasn’t until after I began traveling with the film and engaging in dialogue with my audiences — until I was introduced to the concept of “Psychological Homelessness” — that I understood the universality of my story.

My journey making “The Prep School Negro” was not without resistance. Many said this film did not need to be, that there wasn’t a story here. Even by today’s standards, there are political figures who would suggest that a film of this sort is “unpatriotic.” Nonetheless, more than a decade after its release, the film has been screened for tens of thousands of viewers across the globe, continuing its journey today.

My original intention for the film was strictly to share the story of children of color attending elite private schools. Recognizing the inherent relatability for all people to reflect on their experience in schools — discovering a sense of identity, yearning for acceptance — I believed my years spent at Germantown Friends would offer insight not only into the impacts of systemic racism on the educational experience but to a broader coming-of-age that we all endure. The project became so much more.

My mother suffered a stroke the day the funding for the film fell into place. In less than a year, she would die. Strokes are the third leading cause of death among Black women in America. “The Prep School Negro” became not only a testament to my formative years but a time capsule for one of the singularly defining periods of my life. At the same time that I was retracing the path to my existence, the foundation at the root of my identity was slowly dying. As I made the art, I could not see the power of the work. I was on a cathartic journey and could not stop.

During my travels with the film, I was talking with a friend. He said something that stayed with me: “I could program a year out for this kind of work.” I knew right away what he meant. We all are asked to simultaneously confront and process the existence of pain in this country in response to some terrible act born out of fear, hate and/or ignorance.

There will be a murder of a Black person. There will be civil unrest. There will be nationally recognized moments of severe racism. Over the past 11 years of sharing this film, his words have echoed in my head as I prepare to speak to all kinds of people.

Parenting amid a revolution: How to raise an anti-racist kid

“Mommy, you’re Black,” my three-year-old boldly said to me. It came out of the blue while we were sitting in our living room. I wasn’t ready. I had to be.

It’s 2020, and the audience has grown in ways I could not have ever imagined. There is a renewed energy. More people are showing up. There is a shift from seeing the problem as something “those people” go through towards understanding that “it is ours to fix.” At its core, that is what “The Prep School Negro” has been asking people to do.

In his 1962 essay “The Artist’s Struggle for Integrity,” James Baldwin wrote:

We must reconcile our own individual struggles of psychological homelessness against the backdrop of a society that struggles with the same sense of fractured identity. If we cannot come to find where we belong, let us not settle for where we are — let our aspirations for good become our collective identity. 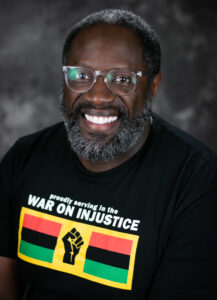 André Robert Lee is a keynote speaker and consultant around issues related to anti-racism, inclusion and diversity for educational and corporate institutions. Lee directed and produced “The Prep School Negro” and took it on a worldwide tour over the past 10 years.

“Higher Love” tells the story of Daryl Gannt as he struggles to extricate his girlfriend, who is pregnant and has a drug addiction, from the Camden streets.

'Wyeth,' a new PBS film about Andrew Wyeth, walks in the artists' footsteps.

“Quest”: A new documentary about a North Philadelphia family

Filmmaker JONATHAN OLSHEFSKI spent nearly a decade documenting the life of the Raine ...