Hear that? Philly’s carillonists get creative to ‘unhide’ some of America’s oldest bells 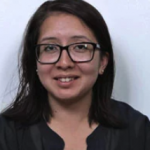 Philadelphia is home to two of the oldest carillons in North America, but these ornate instruments made up of sets of bronze bells remain “hidden in plain sight” in their Germantown and Rittenhouse Square neighborhoods. That’s despite a rich heritage, which includes ties to the rich and famous and in the case of one Philly carillon, prohibition.

The people who play them want to change that.

“Our challenge is to keep the bells playing in an interesting way that people will stop and listen,” said Janet Tebbel, the carillonist behind the 119-year-old instrument at the Miraculous Medal Shrine church in Germantown.

So carillonists like Tebble are playing pop tunes and football fight songs, and giving tours of the bell towers to try to get these instruments noticed.

A carillon needs a system of at least 23 bells, which often weigh thousands of pounds and are typically installed at the top of bell towers in churches or universities. They’re controlled by a keyboard that looks like a bare-bones organ.

Tebbel has to climb 70 narrow steps up a tower every Monday to play the Miraculous Medal Shrine’s carillon before the beginning of evening services.

After catching her breath, Tebbel controls the sound of the bells by hitting “keys” and pedals that look like draught beer handles, called batons, with varying intensity. The batons lead to wires that are connected to the bells’ inner clappers.

“The most important, amazing part of this instrument is that I can play a single bell getting very soft to very loud, and it’s all controlled through my wrist and arm,” said Tebbel during a recent demonstration.

The carillon can also be automated for when Tebbel isn’t around. The bells have a separate mechanism for auto-play where hammers outside the bells play the notes.

Carillonists say the fact their instrument is played high in a tower often lends to the impression that the melodies are ethereal recordings, not coming from the bells at all.

These instruments date back to the 15th century when they were used as signal bells to carry messages over long distances in the Netherlands and Belgium.

Tiffany Ng, who teaches at the University of Michigan in one of the country’s few carillon graduate programs, said people started to tune the bells the way they would other instruments by the 18th century.

Carillon installations became a way for European cities would to compete with one another and demonstrate clout.

“When you get to North America in the 20th century, those competitive instincts remain,” Ng explained.

According to the Guild of Carillonneurs, North America is home to more than 180 of the instruments — out of more than 600 across the globe — many of them commissioned by wealthy people to memorialize relatives.

The University of Chicago boasts the single largest musical instrument ever built — a carillon that honors John D. Rockefeller’s mother. Rockefeller donated a second carillon in his mother’s memory at The Riverside Church in New York City, which includes the single heaviest bell ever cast, according to the church.

Pennsylvania touts 13 of these instruments, one of the highest concentrations of bells in the country with rich histories of their own.

The carillon at the Miraculous Medal Shrine was financially supported by a family that owned a liquor business in the 1900s, Tebbel said, but the bells went silent during prohibition. She said the instrument underwent an expansion in 1952, thanks to a campaign led by American carillonist Arthur Bigelow in the 1940s, after he narrowly escaped the Nazi occupation of Belgium.

Not to be left out, Rittenhouse Square is home to the second oldest carillon in North America, which sits in a tower at The Church of the Holy Trinity on Walnut Street.

But on a recent Tuesday in the square, people making their way home don’t know much about the bells they were hearing as the clock struck 7 p.m.

“I’ve been walking through this park my whole life. Before talking to you, I didn’t know anything about the bells,” he told a WHYY reporter.

Grutman is not alone, and that’s to be expected.

The practice of listening to carillons began to wane before the bell-building boom in the United States even started, said Ng.

Concert-going for the middle and upper-class moved indoors in the 19th century, “into elite spaces, expensive spaces, such as concert halls and private salons, and so the carillon sort of became too common a kind of entertainment.”

Can the Eagles bring back carillons?

Still, carillonists are doing their part to raise the instrument’s profile “so that people can have a shared cultural experience in a public space that doesn’t require buying a ticket to a concert hall, but in fact just invites everyone in to hear music,” Ng said.

New carillons are being installed each passing year around the world, new people are learning to play the instrument, and carillonists are increasingly live-streaming their concerts on Facebook or on televisions at the foot of bell towers.

Tebbel plays a second carillon at First United Methodist Church of Germantown, and she often invites people up the tower to watch her play.

“I’m playing an instrument that’s historic and has been evolving for so long,” she said, “and I get to go up historic towers and play historic instruments and bring the music back to life or try new music on it.”

Lisa Lonie who plays the carillon at the Church of the Holy Trinity in Rittenhouse, St. Thomas’ Church in Fort Washington, and the one at Princeton University has been experimenting with her musical choices.

She’ll play pop music, host concerts with other musicians, play during farmers’ markets, and mark other cultural events in the region.

“At Holy Trinity in 2008, we played ‘Take Me Out to the Ball Game’ because the Phillies were in the playoffs and then, eventually won that pennant that year,” she said.

More recently, in the week leading to the Eagles Super Bowl bid in January 2018, Lonnie pre-programmed “Fly Eagles Fly” to play every day at 4 p.m.

“And then we won the Super Bowl, so that pep song was coupled with ‘We Are the Champions’ for about a week,” she said.

Lonnie hopes Eagles fans won’t wait for another championship ring to check out the sounds of her carillon. Next time you pass the playing bells, she hopes you’ll pause and give them a listen.

Tamara Russell, aka P.O.C., hit the streets to hear what Philadelphians are saying about the news that Penn Museum had stored and studied the remains of MOVE children.

Thankful Baptist Church: A legacy of care and mission

Thankful Baptist Church celebrated its 96th anniversary last month, marking a journey centered on taking care of each other and the community as family.

Germantown Avenue then and now

Germantown Avenue, stretching from North Philadelphia through Chestnut Hill, is one of the oldest streets in the country. Often referred ...