Hugh McHugh is a craftsman when it comes to his flower arrangements. He says he inherited his detail-oriented work ethic from his father who worked in construction.

McHugh has lived and worked in the Overbrook neighborhood of Philadelphia since he was in sixth grade. He started apprenticing at the local flower shop, Overhill Flowers, in 1972 when he was still in high school. He eventually took over the business and he’s been designing flower arrangements ever since. 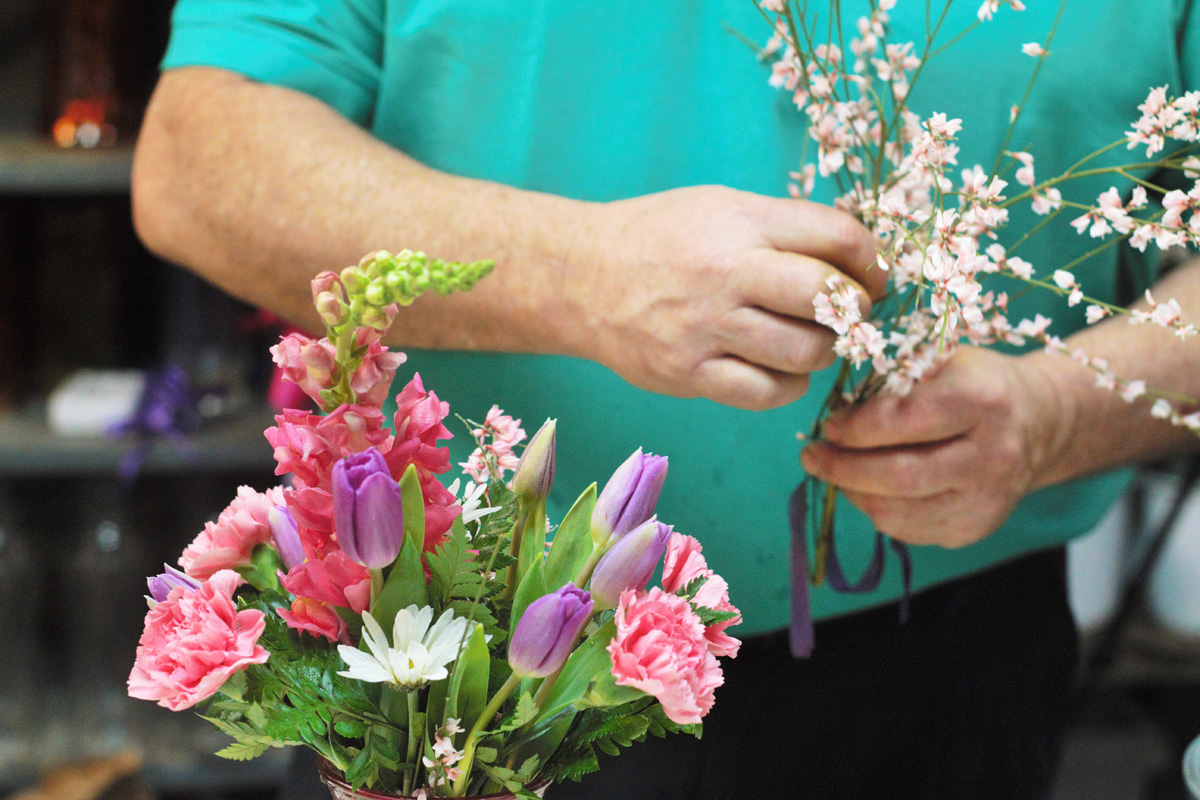 McHugh says the world seemed so small when he was growing up there. In fact, the flower shop sits at the corner of 63rd and Lancaster Avenue and he’s still in the middle of that world today.

“The house I grew up in is literally 300 yards away,” says McHugh, ”and the grade school I went to is directly across the street about 100 yards away.”

McHugh’s role as a florist in Overbrook puts him in the middle of many people’s lives. He’s there for the joyous occasions: first dates, proms, weddings. But he’s also there for those same family’s deaths and funerals.

“There’s a very strong sense of unity and family with our customers,” he says, “and I want them to know that we’re here.”

That consistency in the community’s life is a big reason why McHugh has stayed in Overbrook. His two sons now work in the shop with him and he hopes they will continue the business after he’s gone.

The more you talk with him, the more you realize McHugh’s sense of craft with his flowers ties deeply into his passion for the neighborhood.

“If I had to do a single arrangement to describe what the neighborhood of Overbrook is, it would be roses because the community is really doing well.”

More than a dozen shot, 3 dead, in rash of violent incidents in Philadelphia