Emmanuel Coreano (who goes by “Manny”) first stepped into Galaei over a year ago. The Queer Latino social justice organization has been supporting the Philadelphia community since 1989 through individual coaching, youth mentoring, HIV prevention, and grassroots organizing. 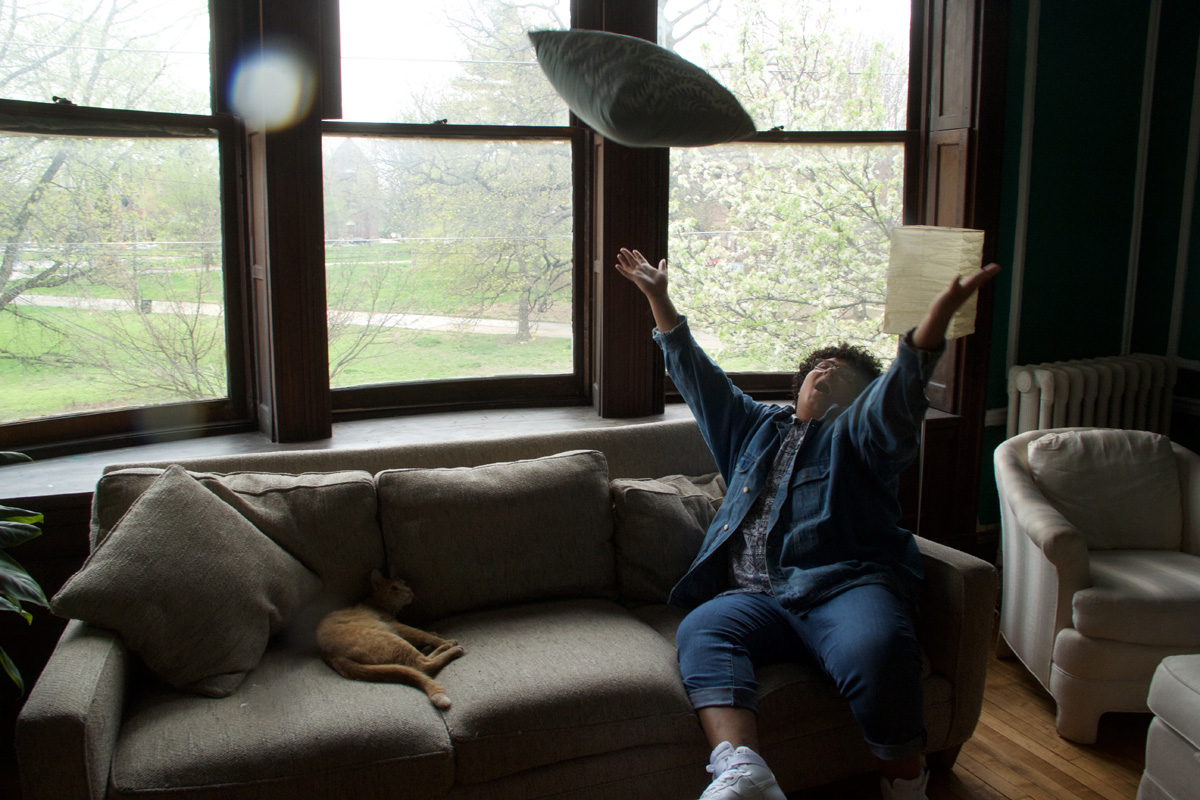 Manny, 19, is a senior in high school and quickly felt at home at Galaei. He says that in Latino culture there is often a heightened idea of machismo.

“If you’re not the manly man of the house, you’re not a man,” says Manny, “and just being raised in that culture was so strict.”

Last year, Galaei left their longtime office in Center City for a three-floor house in the middle of Norris Square Park in Kensington. The move made it much easier for Manny, who lives in North Philly, to visit every day. It’s now his home away from home.

“I went from being this North Philly shy boy to being this outgoing positive energy that wants to make everyone laugh and feel wanted,” he says, “I learned to not always doubt myself, to go for it.”

Manny is a musician and it’s his goal is to make it in the music industry. He spends a lot of time in the community room at Galaei writing poems and songs and credits the organization with giving him the confidence to pursue this dream.

“I want to be the queer person that I am and represent so many people,” Manny says beaming, “I want everything to be unison and to bring people together.”