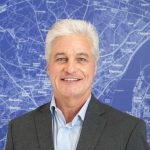 Maddie Heeney knew long before she started school that she was really a girl, despite the body she was born with and her boy’s name. She wore girl’s clothes and was, in her mind, a princess.

“There wasn’t a doubt about it. And then I got older, went into preschool, kindergarten, I noticed people didn’t think of me as a girl,’’ Heeney recalled recently at her Newark home. “And I’d get weird looks when I would play dress up or do things that were normal to me.”

“And that’s when I sort of felt very uncomfortable and became really depressed, and I sort of tried to make myself more masculine than I was, and tried being the complete opposite person I was to please everyone around me,” she said. “It was probably the lowest point of my life.”

But with the blessings of her family, in fifth grade Maddie formally began her transition to a girl. In June she will graduate from Cab Calloway School of the Arts in Wilmington, where she majors in drama, and classmates and staff alike embrace her.

While Maddie is now making plans to transition to college, a debate is raging in Delaware educational circles about how other transgender students are treated in public schools.

The controversy revolves around Regulation 225, the draft policy of a statewide school anti-discrimination regulation sought by Gov. John Carney.

The key point of contention is a provision that would allow schools to not notify parents if a transgender student wants to use a different name than at home. Before possibly notifying parents, according to the pending draft, schools would first be required to “take into consideration the safety, health and well-being of the student.”

There’s also widespread controversy over the section that currently says schools will provide “access to locker rooms and bathrooms that correspond to students’ gender identity or expression.”

The draft has generated 11,000 written comments, most in opposition.

One foe wrote: “This bill is a terrible idea all around. Bullying should never be allowed, but this bill goes way beyond common sense.”

A supporter wrote: “All students should feel safe in school, and no student should face discrimination.”

And this comment: “LGBTQ students, especially transgender students, need this guidance so that all schools understand that LGBTQ students should be treated in a non-discriminatory manner.”

Nicole Theis, executive director of the conservative Delaware Family Policy Council, contends the proposal would illegally elevate the rights of minor children over those of adult parents.

Her group has helped galvanize opposition to the policy, mostly from downstate residents or people who live outside of Delaware.

“If this were to be implemented in our schools, we would allow students, with no age stipulation, so as young as 4 or 5 years old, to really explore the idea of being an opposite gender or not,’’ Theis said.

“And if a parent is deemed unsupportive of that, very easily the school system could decide to get around the parent and interact with the student differently than their biological reality.”

Theis and allies vow to sue the state and districts that adopt such a policy.

“Whatever it takes to preserve parental authority,” she said, “we’ll be all in.”

“If this were to be implemented in our schools, we would allow students, with no age stipulation, so as young as 4 or 5 years old, to really explore the idea of being an opposite gender or not.”
—Nicole Theis, Delaware Family Policy Council

The umbrella groups for state superintendents and school boards also have concerns about Regulation 225 in its current form.

While the Delaware Chief School Officers Assocation worries primarily about issues such as parental notification and locker room access, the Delaware School Boards Association is also concerned that some of the state’s 19 boards would be forced to spend precious district dollars fighting litigation.

Both groups would prefer that the General Assembly decide whether or not to pass an anti-discrimination law.

The current form of Regulation 225 “potentially usurps parental rights and therefore forces the school district into a position of possible conflict between the students and their parents or guardian,’’ according to a letter from the leaders of the school boards group.

One vehement foe is state Rep. Rich Collins, a Republican from Sussex County.

“I do not believe that our schools should be in the business of getting into our little children’s minds all the way down to age 5,’’ said Collins, who represents the Millsboro area. “Convince them that they should live in a way that maybe their parents would not agree with.

“We’re talking about a major change in the way our schools would operate. One of the largest policy changes maybe in the history of our state.”

Hyperbole aside, Collins rightly describes the polarizing nature of the draft regulation.

Opposing views were on raw display during a boisterous February meeting of the team Carney appointed to develop the policy. The meeting was held in Kent County, in the state capital of Dover, and drew more vocal opponents than supporters.

Larry Mayo of Lewes used his time to lecture the policy team of school administrators, advocates, and parents. “You have not the power to dictate what amounts to the emancipation of our children without the consent of their parent and also without the legal or constitutional authority to do so,’’ Mayo said.

Kerri Fox of Dagsboro asserted that, “All children also have a fundamental right to bodily privacy that at a minimum protects against intimate exposure of their bodies to a person of the opposite sex.”

Countered Jason Hoover of Wilmington: “A 12-year-old trans girl does not put the community at risk by using the ladies’ room. However, forcing her to use the men’s room despite her looking, feeling, acting like a woman compromises her safety and has lasting, damaging impacts.”

‘Very important for LGBT people to have control’

Wilmington lawyer Mark Purpura, a development team member and president of the Equality Delaware Foundation, stresses that many states have enacted similar provisions with little fanfare.

He said the provision allowing schools to bypass parents came after much debate, and would only be used on rare occasions, if at all.

“There were people who were very concerned about the safety of some students, in particular transgender students whose parents may not support them, may not agree that they are transgender,” Purpura said.

“So we thought that that was potentially harmful to students, that it would jeopardize their safety and well-being if the parent was notified before the child was ready to tell the parent about their gender identity,” Purpura said.

Maddie’s stepmother Andrea Rashbaum, who is on the policy development team, is not surprised by the backlash. She’s experienced it firsthand.

“We lost friends,’’ Rashbaum said. “We didn’t talk to family for a while, and people would say to us, ‘For our event, could he come as a boy, because he’s a boy.’ I would say ‘No. She’s a girl and she’s going to come as a girl.’”

But Maddie persevered, and with the help of counseling and medical treatments, is thriving as a girl.

At Cab Calloway, she’s treated like any other student. She uses the girls’ bathrooms and locker rooms without any drama.

“It’s essential that I have the safety, and every trans-kid has the safety, to be themselves,’’ she said. “And use the bathroom they want. Use the pronoun they want. Be called the name they want. Because it’s just a human right.

“In situations where parents might not be accepting, school might be a safe haven for them. A place where they do not feel as judged.”

“It's essential that I have the safety, and every trans-kid has the safety, to be themselves. And use the bathroom they want. Use the pronoun they want. Be called the name they want. Because it's just a human right."
—Maddie Heeney, transgender student

When Carney ordered the Department of Education to create a model anti-bias policy in July, he stated his commitment to schools that are “welcoming, inclusive places where students and staff members alike can flourish.”

Now that the panel has received strident public comment on its draft, members must decide to stand their ground, or make revisions.

If the panel makes significant changes to the policy in the coming weeks, the draft will go back out for public comment.

But if it remains essentially intact, Education Secretary Susan Bunting, who has sat in on policy team meetings, will consult with the governor and decide whether or not to accept it.

Then the state’s individual school boards must decide whether to adopt a similar policy, as the governor wants.

But because there is so much opposition, Rashbaum wonders whether any statewide policy will be adopted.

“I have concerns,’’ Rashbaum said, “that they are going to just let it float away in the wind.”

The University of Pennsylvania senior, who is the No. 1 seed, advanced to Thursday night’s final with her top time of 4 minutes, 33.82 seconds.

The Carney administration reversed course Friday on a proposed school anti-discrimination policy, removing a provision that would have al ...

Delaware debates rights of transgender students and their parents

The proposed policy was drafted over several months by a team of educators, parents, and education advocates appointed by Carney.