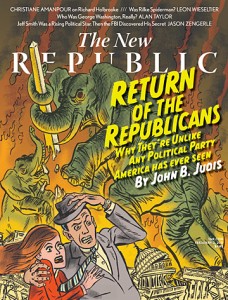 ERIC TRAGER is just back from Cairo. He is a Ph.D. candidate in political science at the University of Pennsylvania, where his dissertation research focuses on Egyptian opposition parties.  He has interviewed over 100 Egyptian opposition party leaders, and witnessed the first wave of demonstrations against the Mubarak regime.  Then, we’ll switch gears to the U.S. Since taking over the House of Representatives, Republican party leaders have been faced with increasing dissension among its ranks.  Having pledged to reduce the federal budget by $100 billion, yesterday, Republicans presented a package of just $40 billion in cuts which was met by outrage by more conservative members of the party.  We’ll talk with JOHN B. JUDIS, who has called the Republican Party ” ideologically cohesive, disciplined, and determined to take power, even at the cost of disrupting the political system.”  He wrote about in a February 3rd cover story of The New Republic.