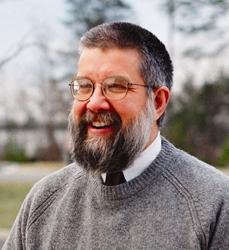 MICHAEL SCHEUER led the CIA’s Osama Bin Laden unit from 1996 to 1999, long before most Americans learned his name in the rubble and outrage after 9/11. He is uniquely qualified as the author of a new book, titled simply Osama Bin Laden, to educate the U.S. public about this terrorist leader who has all but disappeared from U.S. headlines and political discussions, but whom Scheuer warns we ignore or forget at our peril. Scheuer remained a counterterrorism analyst at the CIA until 2004, and, in the early days of President Bush’s War on Terror, Scheuer helped set up a relationship that has now resurfaced to the front pages: the Rendition program that found U.S. counterterrorism operatives delivering terrorist suspects to Egypt’s notoriously abusive jails. On today’s Radio Times, Scheuer joins Marty in the studio to discuss Osama Bin Laden, Egypt and much more.

Pope Francis has made an Easter plea for peace in Ukraine and in other wars in the world.

It’s almost Easter in Ukraine, where a trio of churches on the far edges of the capital have faith, hope and charity to consider.