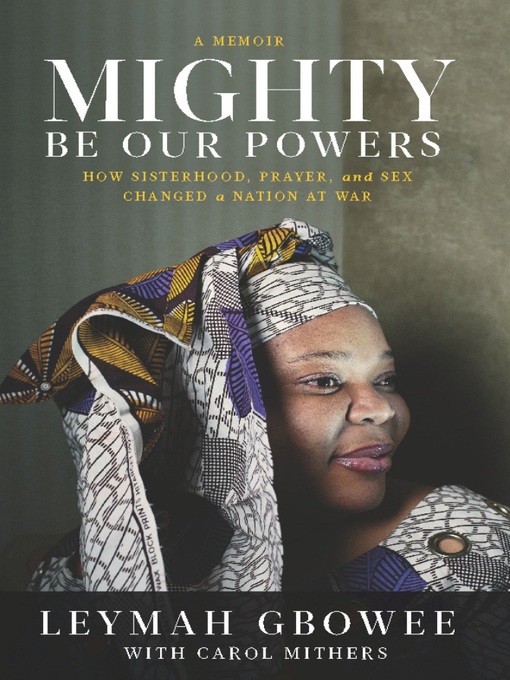 If you know anything about recent developments in the African nation of Liberia, you might be familiar with Charles Taylor, the brutal dictator whose war crimes in Liberia and Sierra Leone during his 1997-2003 reign now have him on trial in The Hague. And you might know about the 2006 election of Africa’s first female head of state, Liberian president Ellen Johnson Sirleaf. But how did Liberia get from one to the other? The answer begins with LEYMAH GBOWEE, one of the founders and leaders of the Liberian Mass Action for Peace, a coalition of Christian and Muslim women who sat in public protest, confronted both Taylor and the rebel warlords he was fighting, intervened in the peace negotiations and even held a sex strike. Gbowee was featured in the critically-acclaimed and award-winning 2008 documentary “Pray the Devil Back to Hell,” which will premiere on PBS and WHYY in October to lead off the Women, War and Peace series. And Gbowee tells her own story in her new book, Mighty Be Our Powers: How Sisterhood, Prayer, and Sex Changed a Nation at War.

The International Energy Agency warns the world isn't on track to contain climate change and that new investment is needed to “jolt the energy system onto a new set of rails."