Tatiana Poladko and Atnre Alleyne are the founders of TeenSHARP, a Delaware based non-profit that prepares students from the tri-state region to apply for, get admitted to and thrive at the nation’s top colleges and universities.  Their ultimate goal, however, is to change the face of leadership in America.

“We believe that diversifying the places where decisions are being made and where creative solutions are being proposed, that’s where the future lies,” says Poladko.

The work of TeenSHARP focuses on African-American and Latino students, populations that are in the single digits in many of the nation’s top schools. 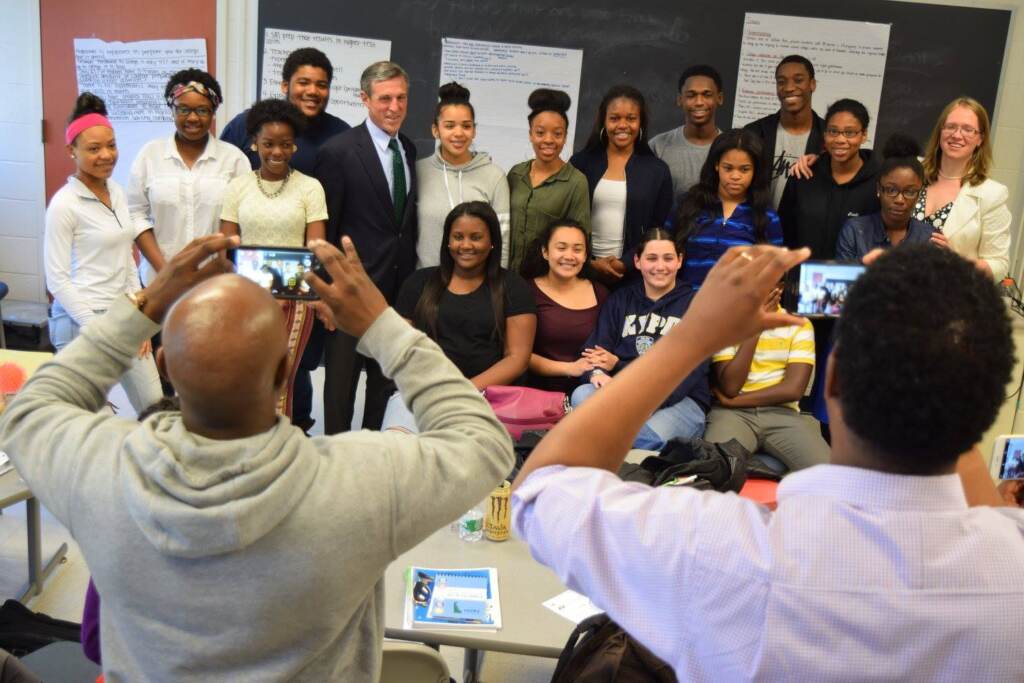 “There are no valedictorians in TeenSHARP,” says Alleyne, “and we reject the idea of this scarcity of Black and Latino talent or that Black or Latino students who make it in are somehow exceptional.”

Alleyne knows from experience.  The South Jersey native blazed trails for his family when he went to Rutgers University on scholarship.  While attending undergraduate and graduate school he saw firsthand the barriers that keep many low income families and people of color out of top schools.  He says two main problems: most public schools do not prepare young people for the academic rigor of elite schools and there’s lack of access to vital information needed for admission. 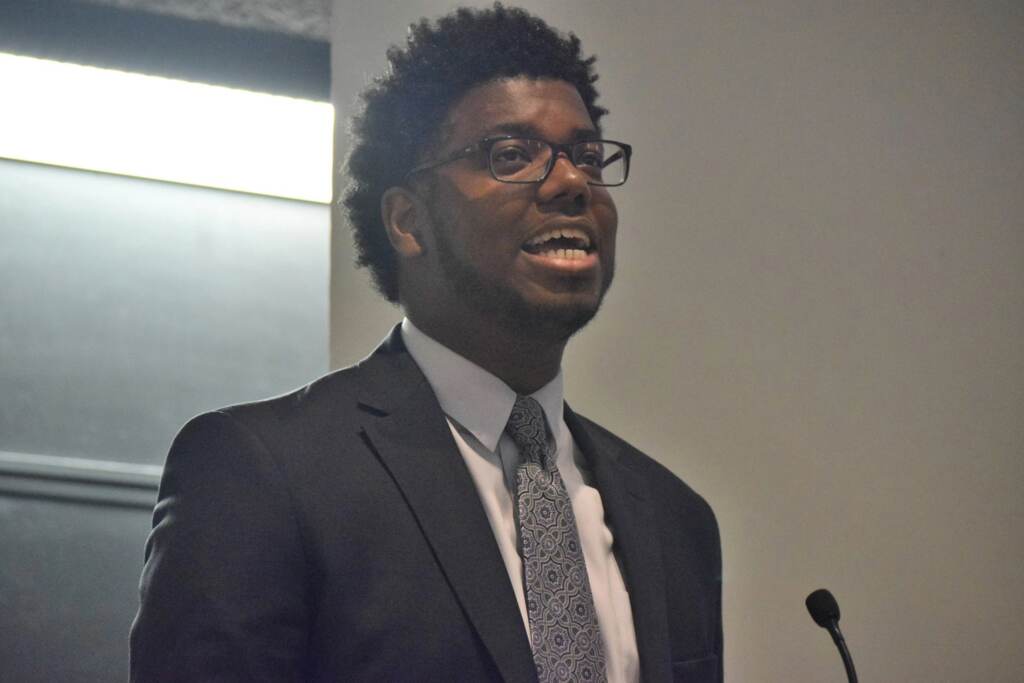 “You don’t just accidentally fall into the top of the most competitive and most selective schools in the United States,” he says.

TeenSHARP works with students beginning their freshman year of high school. The organization provides college and career counseling, college tours, tutoring and other support needed to prepare students aka “TeenSHARPies” to thrive, many times, in majority White environments.  On top of it all, TeenSharp educates parents on how to best support their children through the process.  They also counsel families on financial aid and advise them to choose institutions they can afford.

“We tell them- do not take on anything you cannot afford today,” says Podalko. 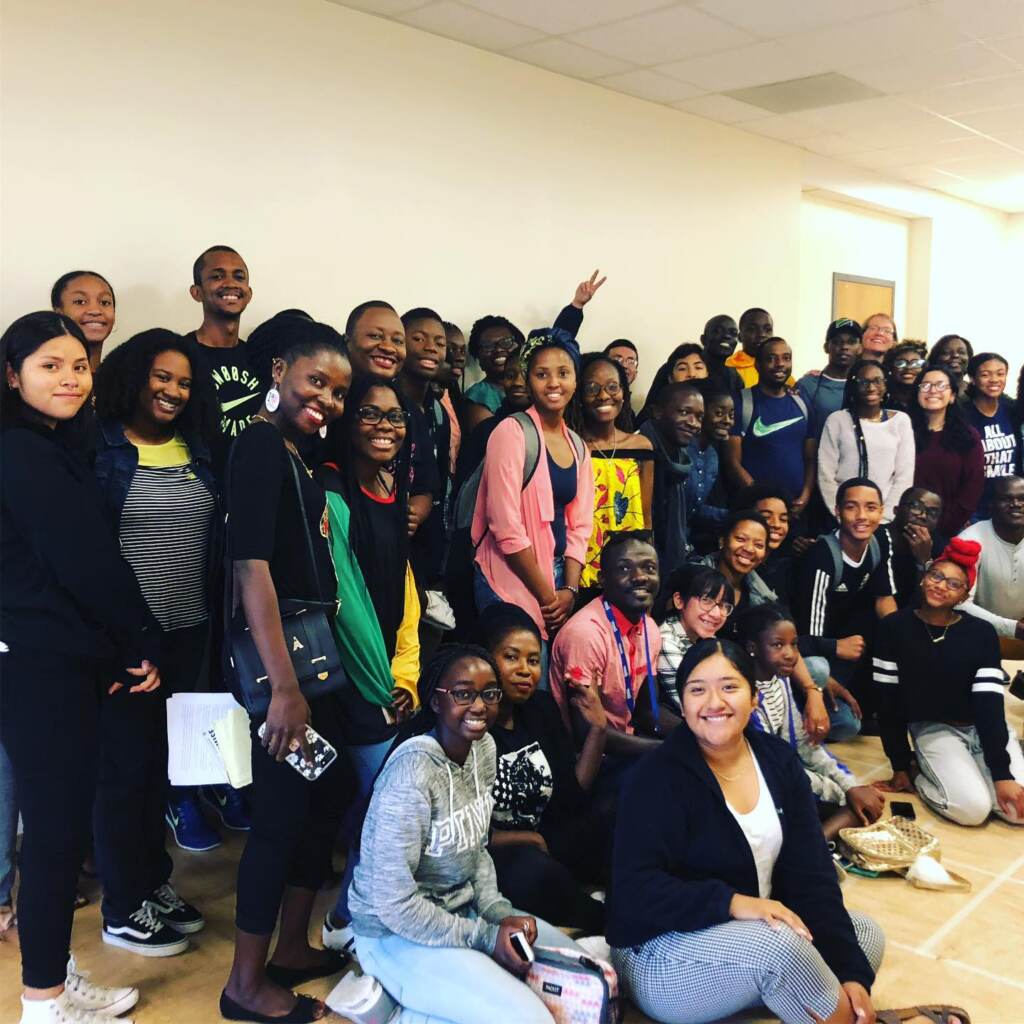 Podalko and Alleyne’s partnership began well before they founded TeenSharp in 2009.  Podalko had come to Rutgers to attend graduate school on fellowship from her native Ukraine.  She and Alleyne worked at a think tank, processing crime data.

“She was new here- typing in data about assaults in Camden,” says Alleyne, “so I had to explain where places were— that’s how we started working together, then taking classes together and going to church together.”

They married in 2007.  Then in 2009, they gave birth to their first so called “baby,” TeenSharp.  Over the past 13 years, they’ve grown it from nine students to 500 students.  Today, they have a budget of $1 million and a staff of seven.  Alleyne says the team meets with the students every Saturday during the school year for a full day of development and with parents every other Saturday.  TeenSHARP also provides college prep during the week.  The group advocates for its scholars, calling high schools about advanced classes, nudging colleges and helping to clear obstacles that hold so many back.

“We do the nitty gritty,” says Alleyne, “we have a saying at TeenSharp- ‘Whatever it takes’ and that’s what we do.”

Podalko says the fruits of all that labor is sweet— signing day.

“It never gets old,” she says, “with all the tears we shed— I still remember our first students getting the fat envelope.”

Podalko says this past school year, TeenSHARPies who did early admission were awarded an average of $70,000 in grants per year, taking on less than $2000 of student loans annually.

“There is a real opportunity for them to change the trajectory for their entire family and their whole community over the next four years,” says Podalko.

Orso-Soma went to Dover High School.  She says her original intent was to go to a state school, but then she linked up with TeenSharp before her senior year.  But, she says Podalko and Alleyne encouraged her to apply to 20 schools, including some top Ivy League institutions.  The result- Ouro-Sama is going to Yale in the fall student loan free. 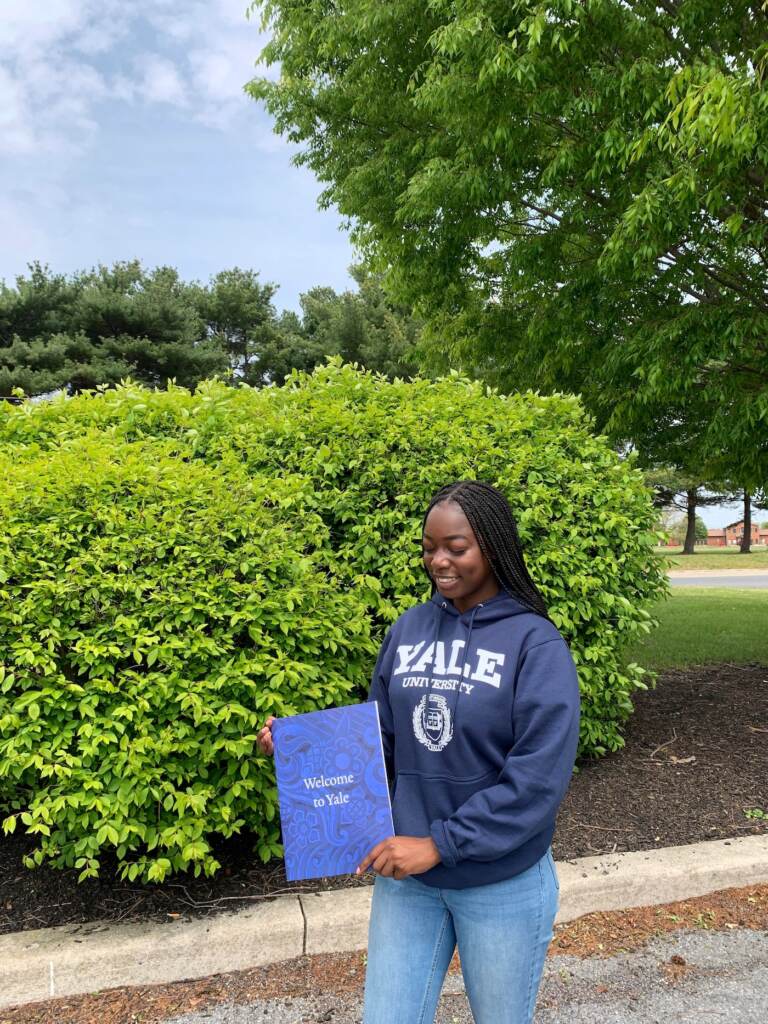 “I am super excited about that,” she says, “I’m I didn’t not think that this would be a reality at all.”

Ouro-Sama says she didn’t tell her parents when she applied because she did not want to be disappointed.  But seeing other TeenSHARPies getting into top schools like University of Pennsylvania and Yale made her believe that it was possible.  “It happened and it just seems so surreal every day, she says.

Ouro-Sama says she wants to work in healthcare and become a doctor who serves under-resourced areas.  She believes going to Yale will strengthen her network and set her up for success.

“The opportunity is unmatched,” she says, “it’s something I can’t even dream of right now.’

Alleyne says besides being excellent, he is proud of his TeenSHARPies because many are leaders.  They are part of the Black Student Union and are not afraid to speak out against injustice. He says after the murder of George Floyd they lobbied the Delaware legislature to get Black Studies in the schools.

“I think this is legacy,” he says. 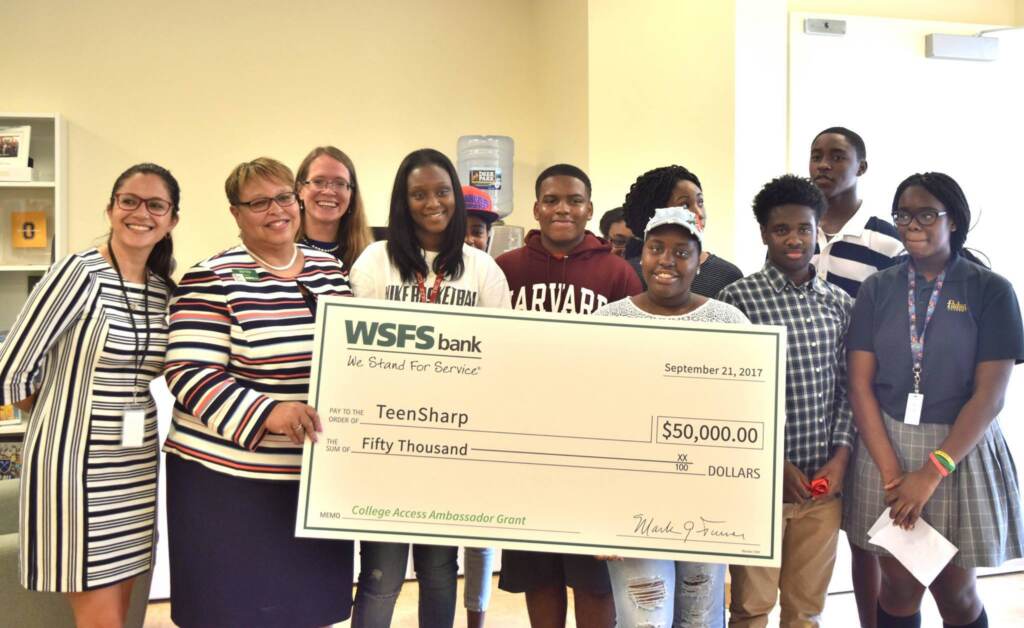 Ouro-Sama says the efforts by Poladko and Alleyne is good soul work.

“I think that they are like the perfect definition, the perfect example of what it means to be a good soul,” she says.

Poadalko says Alleyne is a good souls. And he says the same about his wife.

“It’s about love— we love our Teen Sharp kids like we love our kids and we’re willing to make the sacrifices,” says Podalko.  “It’s hard work— but it’s amazingly rewarding work.”

The couple now has three children and are running TeenSHARP virtually from Poland.  They moved to Poldalko‘s home country, Ukraine, after her mother died of cancer. The shift came just before her father got sick with COVID-19.  He survived.  Then earlier this year when Russia invaded Ukraine, the couple fled to Poland.  The uncertainty never stopped TeenSHARP.

“We collectively still get to our goals that we’re trying to achieve,” says Alleyne, “And it just I don’t ever get old for me.”