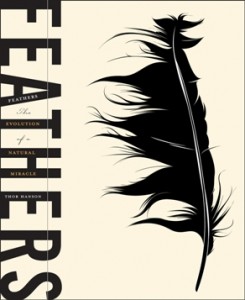 [REBROADCAST] Feathers don’t just move birds through the air, though they do that exceedingly well. They also move markets, as the trade in feathers has had major impacts on history and bird populations. They also stir passions, as colorful plumage attracts the opposite sex among birds and also humans in many cultures. THOR HANSON is a conservation biologist and his recent book is Feathers: The Evolution of a Natural Miracle. The book explores the natural and cultural history of feathers, blending Hanson’s field ornithology research with the work of paleontologists, biologists, engineers, art historians, and even fashion designers. Also joining the discussion will be NATE RICE, Ornithology Collection Manager at the Academy of Natural Sciences here in Philadelphia, who will discuss the Academy’s large collection of bird specimens and what he’s learned working close to feathers throughout his career.

The Fight Against Extinction

Around the world, at dawn, something magical happens. As the sun rises, nature seems to wake up, and different species break into a choru ...

Biomanufacturing research at University of Delaware gets $8 million federal boost

The University of Delaware will get $8 million in federal funding to invest in biomanufacturing efforts and expand its life sciences workforce.

In his latest book, primatologist Frans de Waal asks the question, "What can the world of apes and monkeys teach us about gender, sex and biology?