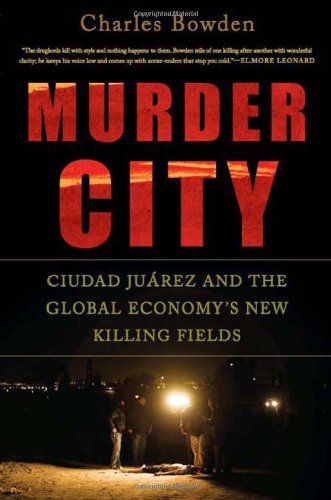 Ciudad Juarez is just across the Rio Grande from El Paso, Texas. What once was a border boom town after NAFTA spurred the building of factories is now best known for a horrific wave of violence that continues to escalate. The city’s murder rate soared from 207 in 2007, to 1,660 in 2008, to 2,660 in 2009, and is on an even higher pace this year. CHARLES BOWDEN has written a new book, Murder City: Ciudad Juarez and the Global Economy’s New Killing Fields, that offers bloody testimony to an epidemic of drug-trade-fueled murders that has turned Juarez into one of the most dangerous places on Earth.