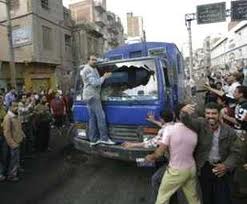 Protesters have taken to the streets across Egypt to demand the resignation of President Hosni Mubarak.  This follows similar anti-government riots in Tunisia which resulted in an end to the 23-year dictatorship of former Tunisian President Zine Ben-Ali.  We’ll focus on the tumultuous events in the Middle East and the implications for U.S. foreign policy in the region.  Then we’ll talk about the role of social media and technology in advancing democracy and civil unrest.  Our guests are former U.S. Ambassador to Egypt and Israel DANIEL KURTZER, MICHELE DUNNE of the Carnegie Endowment of International Peace, and JILLIAN YORK of Harvard University’s Berkman Center for Internet and Society.