Legends abound in the art and culture offerings this week. Gladys Knight kicks off the summer concert season at the Dell East, while Prince is on the big screen at Clark Park. The Chicks make their return to the oft-named Freedom Mortgage Pavilion in South Jersey and Blobfest is back in Phoenixville.

Artist and University of Delaware graduate Christian “Anthem” Wills is looking for wordsmiths. His semi-regular Open Mic Nights welcomes poets with completed works or those in progress, (short) storytellers, and lyricists who can try out their best material in front of an audience. The event is open to all ages and anyone from beginners to more seasoned artists.

After a COVID-induced hiatus, the Blobfest returns to the historic Colonial Theater in Phoenixville. Released in 1958, “The Blob” centers around a molten mass that terrorizes Phoenixville and Downingtown, Pa. Starring Steve McQueen in his first leading role, the movie became a cult classic. The Colonial Theater is the site of a pivotal scene and much of the movie was filmed in Valley Forge, Downingtown, Phoenixville, Royersford, and Chester Springs. The three-day festival includes screenings of double features with “The Blob,” a festive recreation of the “run-out” scene in the film, parties, a street festival, the Blob Ball, the Blob Run, and a driving tour of the locations shown in the movie. 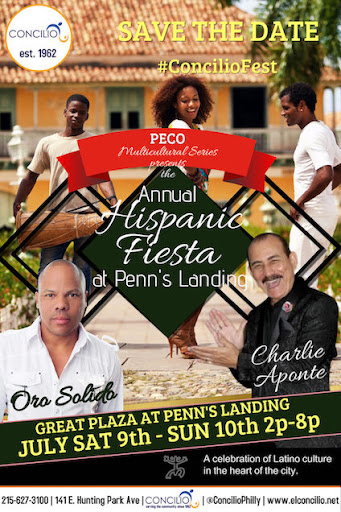 Merengue band Oro Solido and salsa artist Charlie Aponte are the headliners performing at the 2022 Hispanic Fiesta, which celebrates Latino culture. Mariachi Pedro Villaseñor, Nina Rodriguez, and Christian Alicea are among the other artists in the lineup. Vendors will offer items pertaining to Latino interests and food from a variety of Latin countries will be available for purchase.

The Oval is the city’s pop-up beer garden and special events space that transforms the Parkway into a party during the summer months. This weekend, NuevoFest will highlight the city’s vibrant Latin-American culture with live music performances from contemporary Latin bands. New York City by way of Colombia’s Combo Chimbita, who just released Iré, will headline the day. 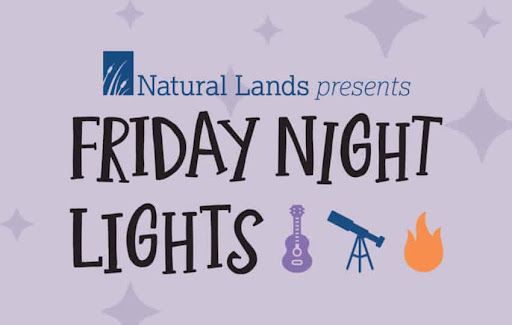 The annual Chester County social combines live music, astronomy, and a selection of adult beverages for a grownup night out in a beautiful environment. The Flying Komorowski Brothers and Sweet Lizzy Project are the scheduled musical performers, East Branch Brewing Company and Animated Brewing Company will have beer available for purchase with Stargazers Vineyard providing the wine options. Food will also be available for purchase from participating restaurants, and you can stargaze with members of the Bucks-Mont Astronomical Organization, the Chest-Mont Astronomical Society, the Chester County Astronomical Society, and the Delaware Astronomical Society. 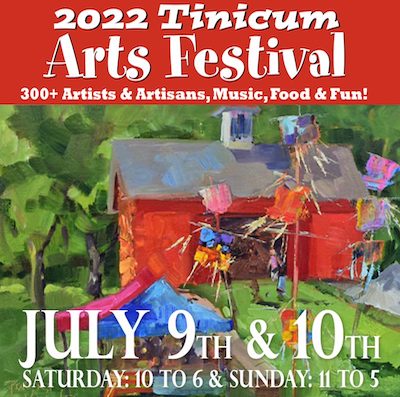 It’s back to the Red Barn for the two-day indoor/outdoor arts festival which brings more than 300 artists in various disciplines to Bucks County. In addition, the Book Wagon has thousands of titles to choose from, there will be an author’s table, children’s activities, and the chance to score a bargain or find a hidden gem in the White Elephant tent.

A post shared by Tiny Room For Elephants (@tinyroomforelephants)

In this unique festival, more than 35 visual artists will be joined by 20 musicians who will combine talents. As the artists create, the backdrop will be the performances. It’s all open to the public who can see the creative process firsthand. When the artists complete their works over the next three weeks, a celebratory series of parties, panel discussions, and social events round out the festival.

Playwright Paul Osborn wrote a number of popular plays including “Mornings At Seven,” which debuted at People’s Light to rave reviews in 2018. “The Vinegar Tree,” first produced in 1930, is lesser-known but has its fans. The comedy centers around Laura Merrick, who’s enduring an unhappy marriage to her husband Augustus. But when family comes to visit the couple’s country home that’s when the drama, and the laughs, begin.

Prince may have passed in 2016, but this week, a limited-edition reissue of his 1995 album, “The Gold Experience” made it into the top 5 on the Billboard sales chart. So it’s right on time that the rescheduled concert film showing of his “Sign of the Times” tour is back on Saturday at 7:30 p.m. at Clark Park. Also on Saturday, Greater Enon Missionary Baptist Church screens “Black Panther” at 8 p.m., part of the Philadelphia Film Society’s “Movies on the Block” summer film series.

Legend is a term tossed around indiscriminately, but there are a few people for whom it’s an accurate description. One of those people is Gladys Knight. In 2022, she marked 70 years as a performer stemming from the time she won the “Ted Mack Amateur Hour” at 8 years old in 1952. Gladys Knight and the Pips were Rock and Roll Hall of Fame inductees in 1996, heralding a career that produced the classics “I Heard it Through the Grapevine” “Midnight Train to Georgia” and “Best Thing that Ever Happened to Me.” Knight kicks off the summer concert season at the Dell East on Thursday night.

Once known as The Dixie Chicks, the Texas-based trio of Natalie Maines, Martie Maguire and Emily Strayer have battled their fair share of controversy from denouncing former president George Bush to performing with Beyoncè. And they changed their name in 2020 after George Floyd’s death due to its controversial origins. But they rode out the storm and continue to be among country music’s leading bands. The Chicks are on their first tour since 2017 along with Patty Griffin and Jenny Lewis. Their latest release “Gaslighter” came out in 2020.

Derek Trucks was born to the blues as a nephew of the late Allman Brothers band drummer Butch Trucks. Susan Tedeschi was drawn to the blues as a child growing up in New England. Ultimately they found each other, got married, had two kids, and merged their individual bands in 2010. Now they’re on the Wheels of Soul tour with Los Lobos and the Gabe Dixon Band. Their stop at the Mann Center in support of their ambitious new “I Am the Moon” project includes a livestream of the show.