New Jersey’s hospitals could be at least 60,000 beds short of what’s needed to care for people with COVID-19, with shortages of beds potentially beginning next week, according to a new analysis by Rutgers University researchers.

On Thursday, researchers with the Senator Walter Rand Institute for Public Affairs and the Center for Computational and Integrative Biology at Rutgers University-Camden, in collaboration with New Jersey Health Initiatives, released updated estimates of the potential shortage of beds statewide and by county due to the novel coronavirus that has so far sickened close to 6,900 and killed 81 in the state.

This update is more optimistic than the report issued early last week, but still makes dire predictions about the impact of the pandemic on New Jersey’s hospitals. With strong social distancing in place, hospitals could begin to be overwhelmed with patients at the start of April and be close to 60,000 beds short. Moderate social distancing could swamp hospitals starting next week and result in a shortage of more than 190,000 beds statewide. In both scenarios, Morris County hospitals would be the first to struggle.

New Jersey has close to 22,300 beds, and the study does not take into account plans to reopen at least one closed facility and the U.S. Army Corps of Engineers creating four field hospitals that could begin to open next week.

The study’s authors say there are a few caveats to their estimates, including that they do not have enough data yet to define “which social behaviors constitute ‘strong’ or ‘moderate’ social distancing.” One thing that is certain, however, is that stronger social distancing both delays when hospitals get overwhelmed and spreads these dates out over a longer period — through the summer — with counties peaking at different times.

“This additional time to capacity could allow the state to mobilize health care resources (such as mobile beds, nursing staff and ventilators) from county to county,” according to the report. 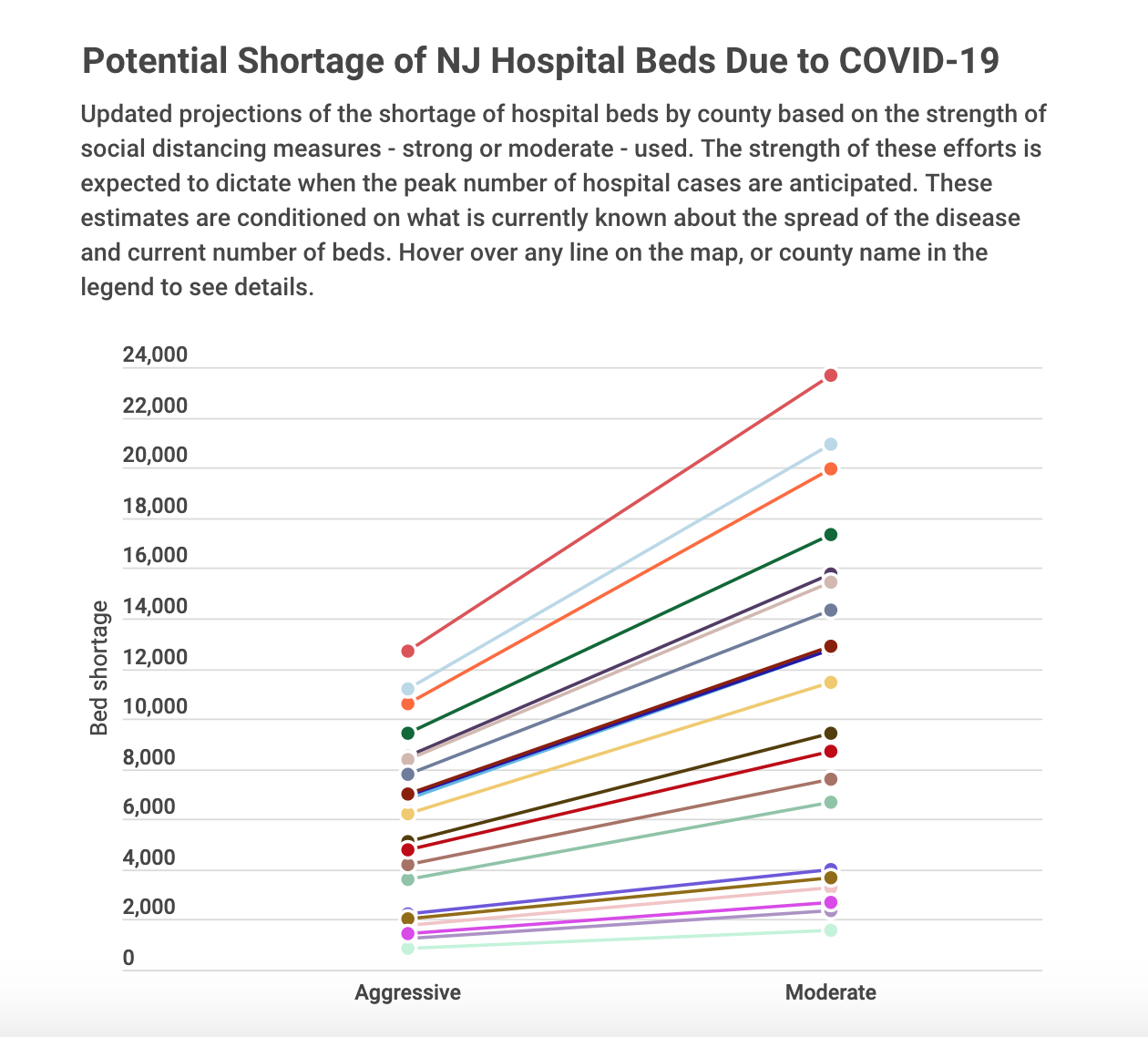 The Rutgers report demonstrates the difference in the timing of bed shortages with moderate or strong social distancing.

Families decry restricted visits to those in long-term care

One woman describes her battle to spend time with her mother.

With thousands of more seasonal workers due to arrive in South Jersey, farmers still await Department of Health safety guidelines.