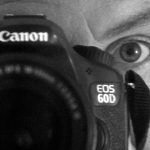 Camden’s iconic “City Invincible” mural has undergone a transformation, thanks to five local artists and the Camden Community Partnership.

The completion of the mural, which now reads “Camden Invincible” in 12-foot-high letters, was celebrated Friday morning at the intersection of 16th Street and Admiral Wilson Boulevard.

The original artwork, installed on the Boulevard in 2017, alludes to a poem written in 1867 by Camden resident Walt Whitman, “I Dream’d in a Dream.”

I dream’d in a dream, I saw a city invincible to the

attacks of the whole of the rest of the earth;

I dream’d that was the new City of Friends;

Nothing was greater there than the quality of robust

And in all their looks and words.

Five local artists created the six new letters spelling CAMDEN, and the original INVINCIBLE letters were refurbished, as was the wall they were mounted on.

Terina Nicole Hill, who designed the letter C, is a transplant to Camden. This is her first mural. She usually works in fashion and textiles.

She said that by contributing to the mural, she felt she had been “incorporated into the fabric of the city.”

Her C is a brickwork pattern of fabrics from around the world, reflecting the diversity of her adopted city and its many brick houses, she said.

The Roots’ vocalist’s silhouette is the centerpiece of a mural four stories high on the south side of the Clay Studio.

Jazz on Market in Camden celebrates the late Sandra Turner-Barnes and Lamont Dixon and their artistic contributions. It’s the first event at their new Market Street home.

Corinne’s Place, a ‘haven’ in Camden honored as one of ‘America’s Classics’

Corinne’s Place, whose soul food attracts people beyond Camden while shaping kids for their futures, receives prestigious award in the restaurant industry.