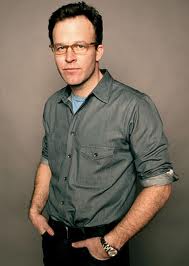 [Enjoy this archive. There’s a Live Radio moment towards the beginning.] You’ve seen New Jersey-born actor TOM McCARTHY as an actor in roles in films such as Palmer Williams in “Good Night and Good Luck” and on TV as Scott Templeton in HBO’s “The Wire.” He’s also written and directed “The Station Agent” and “The Visitor” and wrote the story to the animated film “Up.” Paul Giamatti and Amy Ryan star in the new film that McCarthy wrote and directed, “Win Win,” about a family struggling with social and financial issues complicated by helping a teen from a broken home.

Gov. Phil Murphy also announced he will extend a moratorium on internet and utility shut-offs through at least the end of June.

Worrying about your child’s COVID-era screen time? Here’s what you need to know

For now, while virtual activities are inescapable, experts say there’s no need for concerned parents to panic as long as they keep a few things in mind.