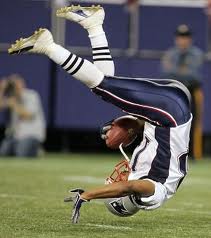 The recent suicide of University of Pennsylvania football player Owen Thomas has brought new attention to the issue of concussions in football after an autopsy showed that Thomas had trauma-induced brain disease at the age of only 21.  Recent research has shown that repeated blows to the head can do irreparable damage to the brain leading to early memory loss, dementia, erratic behavior, and depression.  We’ll talk about the risks of head injuries in athletics with Boston University School of Medicine neurologist ROBERT STERN and former Harvard football player and professional wrestler CHRISTOPHER NOWINSKI who is now the President of the Sports Legacy Institute.