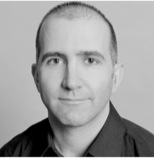 [REBROADCAST] When the New Yorker music critic ALEX ROSS, was a teenager he first heard the conductor and composer Leonard Bernstein’s analysis of Beethoven’s Eroica Symphony. The C sharp ‘jabbing’ through the key of E flat that was discussed in the piece sent Ross on a listening trajectory he’s still on about 25 years later. Ross’ recent book, “Listen to This” is based on an essay reconciling his classical music background and the music of his peers, Pop and Rock. Ross writes about his understanding of music and what to listen for wide in a wide survey of music to helps make his readers’ music experience more meaningful. We’ll have a listening session with Ross, focusing on selections of classical compositions, universal blues break downs, rock riffs and soaring sopranos. Ross’ first book was “The Rest is Noise,” that was nominated for the 2008 Pulitzer Prize.