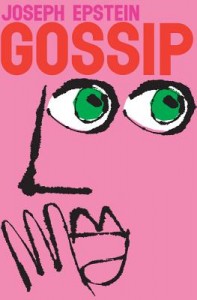 [REBROADCAST] Through the years philosophers and writers have all weighed in on the subject of gossip. Playwright Oscar Wilde famously said: “There is only one thing in life worse than being talked about, and that is not being talked about.” Novelist Joseph Conrad offered “Gossip is what no one claims to like, but everybody enjoys.” And gossip columnist Walter Winchell wrote, “Gossip is the art of saying nothing in a way that leaves practically nothing unsaid.”  Now writer and critic JOSEPH EPSTEIN adds his own thoughts to the topic in his new book, Gossip.  Epstein, who has written books on snobbery and friendship, looks at the history of gossip and how it’s changing in the modern world.  In this hour, we’ll talk to Epstein and Washington Post Reliable Source columnist AMY ARGETSINGER about power of gossip and why we love to dish.