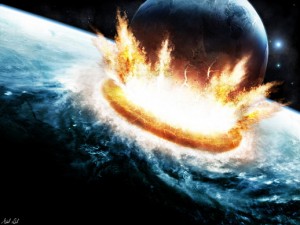 2012 is upon us, and if you thought the end-of-the-world hysteria was insane last year, just you wait for the end of this year. Hollywood helped kick the doomsday hype last year with its disaster movie titled “2012.” And interpretations – experts say misinterpretations – of the Mayan Long Count calendar supposedly predict the end of the world at the next winter solstice, December 21st of this year. The hysteria has also renewed interest in previously debunked pseudoscience depicting planet-scale disasters, such as a collision with a mysterious planet known as “Nibiru.” Our two guests are astronomers and communicators who have spent a good deal of time and energy addressing and debunking these doomsday scenarios. Dr. DAVID MORRISON directs the Carl Sagan Center for Study of Life in the Universe at the SETI Institute, in Mountain View, CA, and fields the public’s questions on NASA’s Ask An Astrobiologist website. PHIL PLAIT is an astronomer, lecturer, and author who writes the Bad Astronomy blog on Discover Magazine website.

Who is Steve Bannon?

Guest: Joshua Green White House chief strategist Steve Bannon is perhaps the most enigmatic figure in the Trump a ...

Radio Times in Review: on relationships

The Johnson Amendment; a view from the GOP; news fatigue