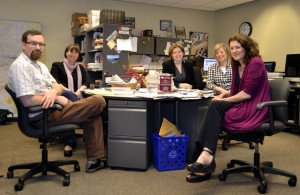 We look back on the 25 years Radio Times with Marty Moss-Coane has been on the air by playing clips from some of our favorite live moments, listening to commentary from the producers and having a conversation with the mastermind of Radio Times, BILL SIEMERING, former Vice President of WHYY and the first director of programming at NPR. Siemering is the founder and president of Developing Radio Partners, which works in creating media and improving the flow of information services in developing countries. He developed NPR’s All Things Considered and shepherded Fresh Air with Terry Gross from the local Philadelphia show to its national audience of 25 years.