When it comes to the cost of running Pennsylvania elections, requiring voters to mark their own ballots by hand is a significantly cheaper option for counties than buying touch-screen systems that print out a marked ballot, according to a new report from PittCyber.

Costs per voter work out to $12.51 for hand-marked ballot systems versus $23.35 for ballot-marking devices, or BMDs, according to the analysis by Pitt Cyber Policy Director Christopher Deluzio and Citizens for Better Elections Co-founder Kevin Skoglund. 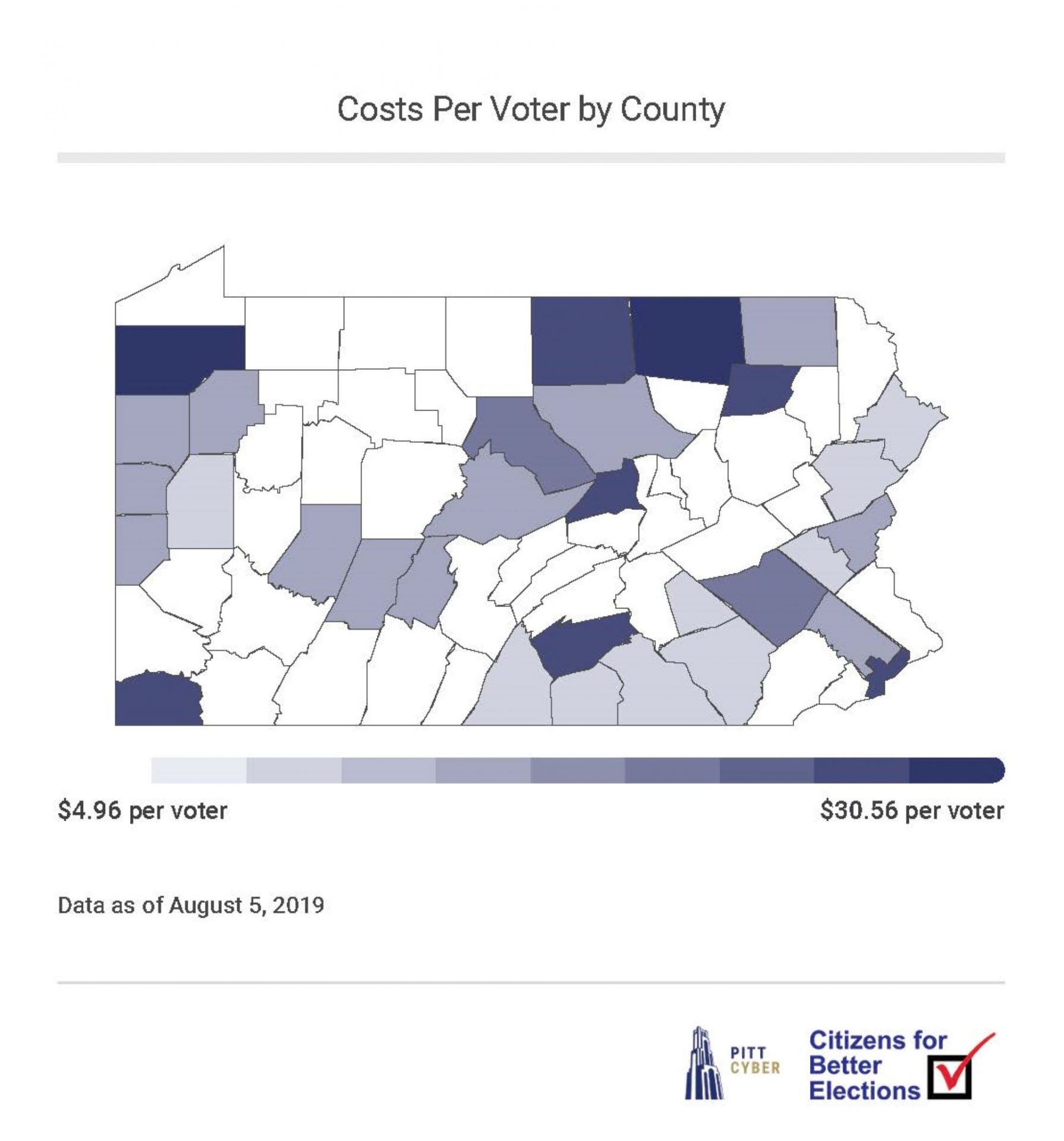 Experts also regard hand-marked systems — the pick in 24 of 31 counties examined — as more secure, Deluzio noted in a statement announcing the findings.

That said, some counties chose to stick with a system familiar to voters – and that meant going with a touch-screen option, in some cases, Skoglund explained in the release.

The two authors looked at the pricing in 31 counties where officials have already decided how they’ll meet the state’s mandate to upgrade before the April 2020 primary. That mandate stems from the settlement of a lawsuit over election system vulnerabilities in Pennsylvania, Michigan and Wisconsin. Pennsylvania agreed to require election systems that include hard copies of ballots for voters to verify before casting and backups for post-election auditing.

With BMDs, a voter complete the ballot at a touch-screen terminal and double-checks selections on a printout of the ballot before it is cast. By comparison, hand-marked ballots require a voter to fill in ovals next to each candidate or question – “like taking a [standardized] test,” as one voter put it when marking a ballot earlier this year. The average costs identified in the study do not include expenses beyond the machines themselves. But the spending ratio matches a similar study of voting machine acquisitions in Georgia that accounted for additional costs such as ballot preparation and printing, Deluzio said.

The analysis also doesn’t incorporate fees for machine, software and firmware maintenance and support for scanners and voting terminals, he said.

Counties, meanwhile, await official action on Gov. Tom Wolf’s proposal to raise $90 million through the Pennsylvania Economic Development Financing Authority to partially reimburse the costs of voting technology upgrades. PEDFA’s board meets next week. Members are expected to discuss the matter, but not take official action.

Wolf’s proposal to use bond funding came after he vetoed a bill that included the money for counties. The governor opposed a provision that would have eliminated automatic straight-ticket voting (that lets voters pick the candidates from one party in all races with a single mark or the push of a button).

Republican legislative leaders oppose Wolf’s plan to issue bonds. They say he lacks the authority to do so without the legislature’s approval and have hinted at a formal challenge.

Editor’s Note: Citizens for Better Elections is among the organizations that petitioned the Department of State to recertify the ExpressVote XL, a touch-screen ballot-marking device from Election Systems & Software in line for use Philadelphia, Northampton and Cumberland counties.

A year ago, voting machines malfunctioned in a pivotal Pa. county. Have the problems been fixed?

Voters in Northampton County — widely seen as a bellwether for the 2020 election — will use machines that in 2019 caused voting errors and miscounts.

Issues flagged by election security experts when the settlement was reached a year ago figure prominently in the filing to reopen the case.