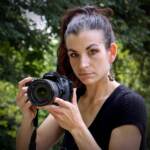 The rally coincided with the preliminary hearing of Angelo “AJ” Ford, 16, one of two teenagers charged with first-degree murder in Bility’s killing.

Activists called on District Attorney Jack Stollsteimer to charge the three officers who shot their guns into a crowd, fatally wounding Bility, as families were leaving a football game at Academy Park High School. The two teenagers charged in Bility’s death, Ford and Hasein Strand, fired shots a block away and are currently being held without bail. The Sharon Hill police officers were placed on administrative leave, and a grand jury is considering the case. The DA has called for patience during the process.

Criticism of Stollsteimer outside the courthouse was scathing as protesters sang, “Hit the Road, Jack.” Nia Holsten, a staff attorney with the Abolitionist Law Center, said the failure to charge the officers with Bility’s murder and potentially putting put two young Black men in prison for life was blatantly disrespectful of the Bility family and of all Black lives.

Kyle McIntyre, a coordinator with the social justice group UDTJ, said the district attorney, who ran on a platform of reform, had placed the interests of the Fraternal Order of Police over the community that worked tirelessly to have him elected. Both speakers implied that Stollsteimer’s future political ambitions would require police support. McIntyre called on the DA to recuse himself from future cases involving police misconduct.

Social justice group Delco Resists and UDTJ plan to rally again outside the Delaware County Courthouse at 9 a.m. Tuesday, Jan. 18, to show support for Strand during his preliminary hearing.

The family of Shawn Morcho, the first person to die in Yeadon police custody, also recently filed an amended lawsuit against the borough.

Yeadon officials have asked the Delaware County District Attorney's Office and the U.S. Department of Justice to investigate the incidents.