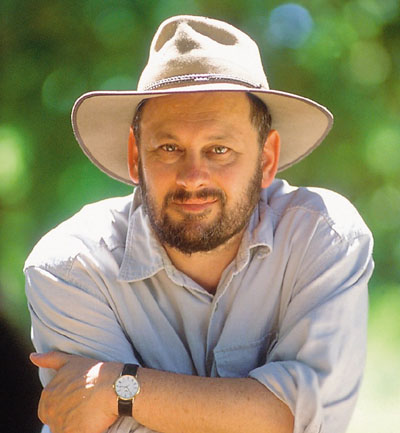 TIM FLANNERY is an internationally acclaimed scientist, explorer and conservationist from Australia. He got his start studying kangaroos, and eventually discovered more than 30 new species of mammals. That research led him to explore why some species went extinct, which led him to study environmental factors, including climate. That scientific journey has vaulted him onto the international stage as one of the leading advocates for aggressive response to global climate change. He is the author of several popular science books, including The Future Eaters and The Weather Makers; his new book, Here on Earth: A Natural History of the Planet, has just been published in Australia and will be published in the United States in the spring. He is in Philadelphia to receive the Academy of Natural Sciences’ Joseph Leidy Award, and to talk there tonight.