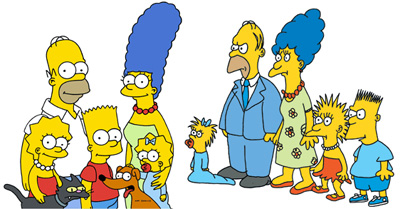 Hour 2
Don’t have a cow, man: JOHN ORTVED has written The Simpsons: An Uncensored, Unauthorized History, and he’s here to talk about the behind-the-scenes story of one of the most successful shows in TV history. The book celebrates a show that started as 30-seconds of filler on the Tracey Ullman Show and now has contributed a word to the Oxford English Dictionary (“doh!” in 2001) and a “mercifully short dance craze (“Do the Bartman,” by Michael Jackson in 1990), among many other cultural contributions.
Listen to the mp3