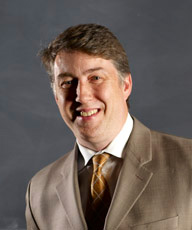 Have we achieved “better living through chemistry”? Or has chemistry left us a toxic legacy that outweighs its benefits? PAUL T. ANASTAS recognizes the problematic legacy of chemistry, but he’s also among the world’s leading researchers into how chemistry can be marshaled to cleaning the world. Anastas is the assistant administrator for the EPA’s Office of Research and Development (ORD) and the science adviser to the agency. He’s widely hailed as the “Father of Green Chemistry” for his groundbreaking research on the design, manufacture, and use of minimally toxic, environmentally friendly chemicals. He’s also the EPA official who testified before Congress last summer about the controversial chemical dispersants used in the Gulf after the Deepwater Horizon oil disaster there. Anastas’ work has him in the nexus of chemistry’s contributions and catastrophes, and he’s our guest on today’s Radio Times.